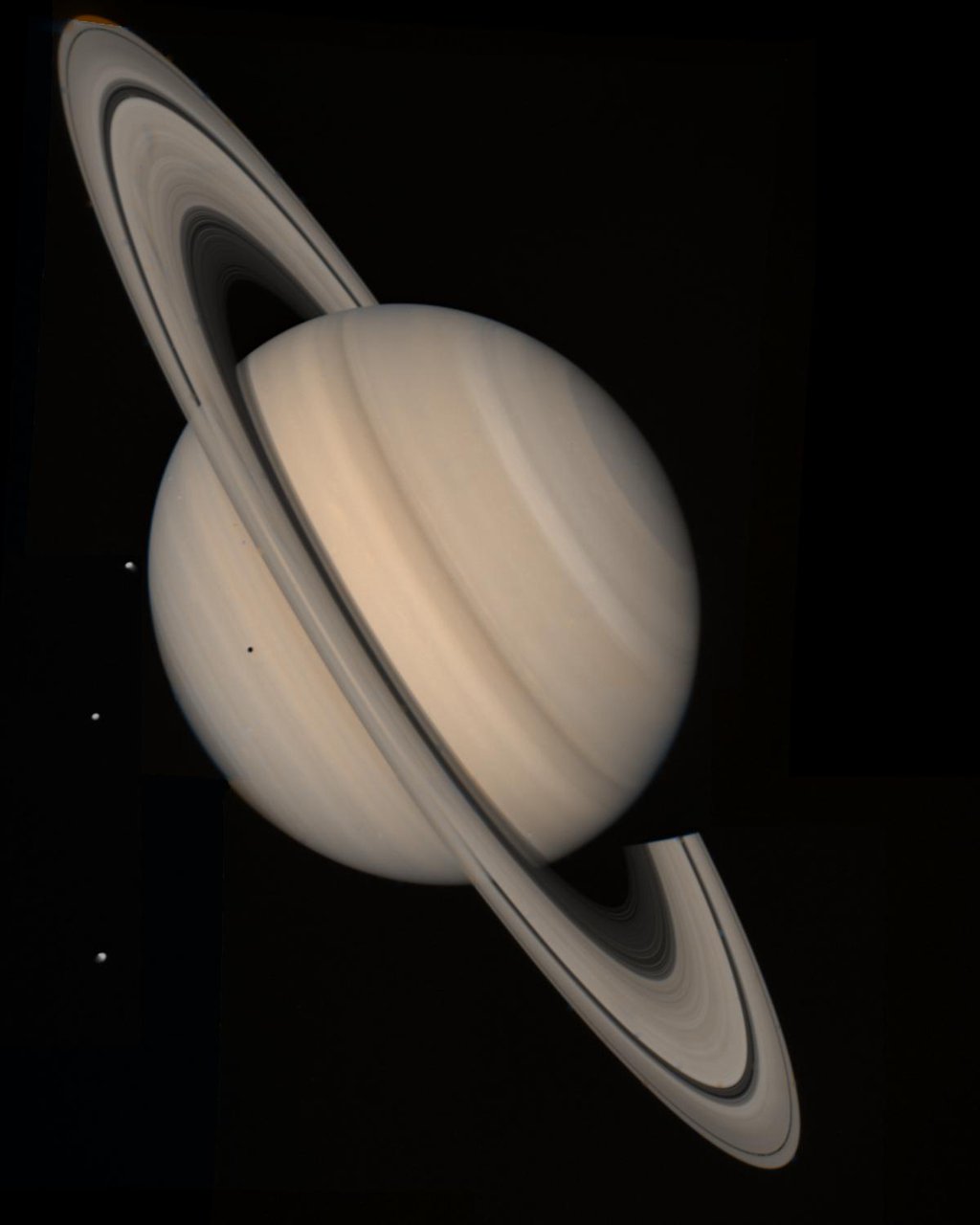 This true color picture was assembled from Voyager 2 Saturn images obtained Aug. 4 from a distance of 21 million kilometers (13 million miles) on the spacecraft's approach trajectory. Three of Saturn's icy moons are evident at left. They are, in order of distance from the planet: Tethys, 1,050 km. (652 mi.) in diameter; Dione, 1,120 km. (696 mi.); and Rhea, 1,530 km. (951 mi.). The shadow of Tethys appears on Saturn's southern hemisphere. A fourth satellite, Mimas, is less evident, appearing as a bright spot a quarter-inch in from the planet's limb about half an inch above Tethys; the shadow of Mimas appears on the planet about three-quarters of an inch directly above that of Tethys. The pastel and yellow hues on the planet reveal many contrasting bright and darker bands in both hemispheres of Saturn's weather system. The Voyager project is managed for NASA by the Jet Propulsion Laboratory, Pasadena, Calif.