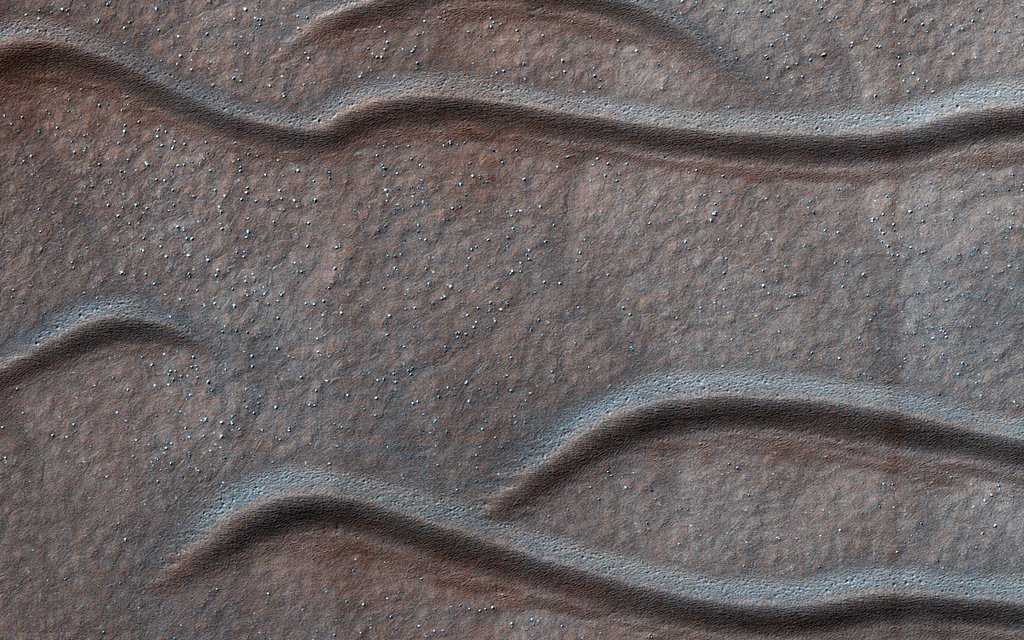 Dune-like sandy landforms (or bedforms) self-organize into distinct shapes and patterns as dictated by wind conditions and other factors. The spacing and frequency of migration for bedforms will partially depend on the particle size range of local sediment. Larger coarse sand tends to "roll" during less frequent wind gusts, as compared with smaller more-mobile grains that "hop."

This image in the Southern Hemisphere region of Terra Cimmeria displays an unusual class of hybrid bedforms. They display a consistent shape and tone, but range several orders of magnitude in size or spacing. The smallest examples here are less than 10 meters in spacing while larger ones are separated by several hundreds of meters. This is unusual variability for bedforms that evolve over long time scales and consistent climate of recent Mars. A Mars geomorphologist might classify some of these as small dunes or giant ripples, depending on their perspective.