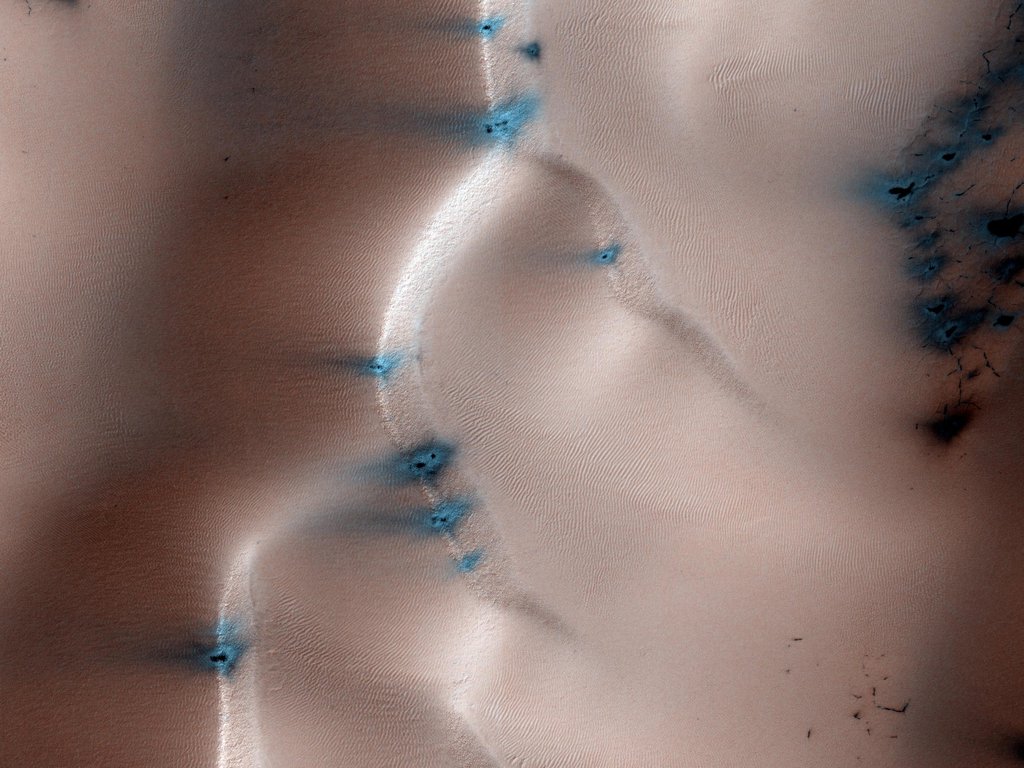 This observation from NASA's Mars Reconnaissance Orbiter (MRO) is a view of the sand dune field in Richardson Crater covered with seasonal frost.

The subimage is a close-up view (1 MB) of defrosting patterns on the dunes. The frost is a combination of frozen carbon dioxide and some water ice that covers the dunes in the winter and spring. As the seasonal frost sublimes away, odd features such as spots, fans, and streaks form.

Small dark streaks on the dune slip face slopes may be where recent avalanches of sand, or perhaps wind, has moved the dark sand underlying the frost, or where frost has been removed to expose the sand. Alternatively, the dark streaks may be patches of coarse-grained ice that are clear enough so that the dark material below the ice is visible. The slip faces indicate that the general direction of sand transport is from the right to the left across the full image.

It has been hypothesized that the dark spots and fans may be "geysers" or "cold gas jets" that form when sublimation processes trap gas at the bottom of the ice. The gas is released through cracks in the ice, entraining dust from below the ice and scattering it onto the surface to form the dark spots and fans.

The high resolution, stereo, and low light imaging capabilities of HiRISE has provided new insight into the processes that form these features. Repeated imaging in a variety of locations will provide a record of their development and evolution.