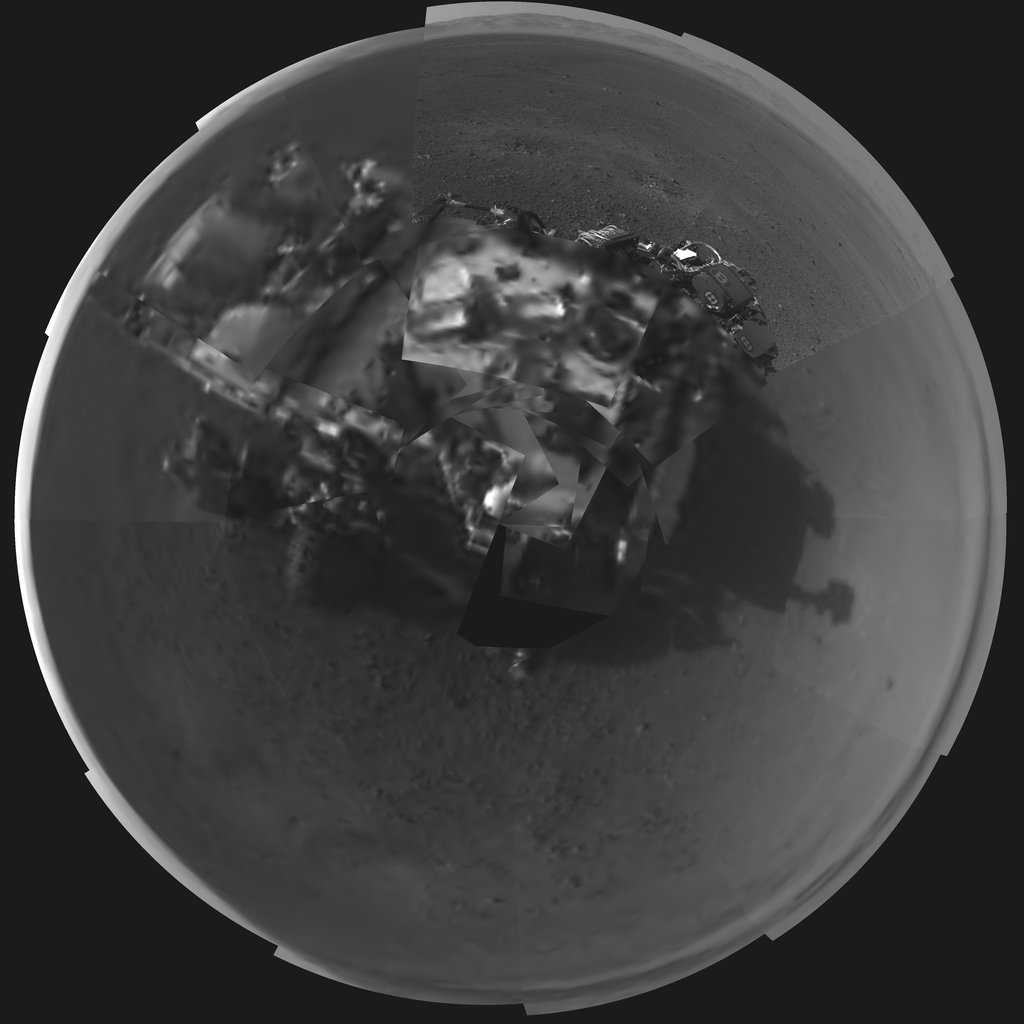 This Picasso-like self portrait of NASA's Curiosity rover was taken by its Navigation cameras, located on the now-upright mast. The camera snapped pictures 360-degrees around the rover, while pointing down at the rover deck, up and straight ahead. Those images are shown here in a polar projection. Most of the tiles are thumbnails, or small copies of the full-resolution images that have not been sent back to Earth yet. Two of the tiles are full-resolution.