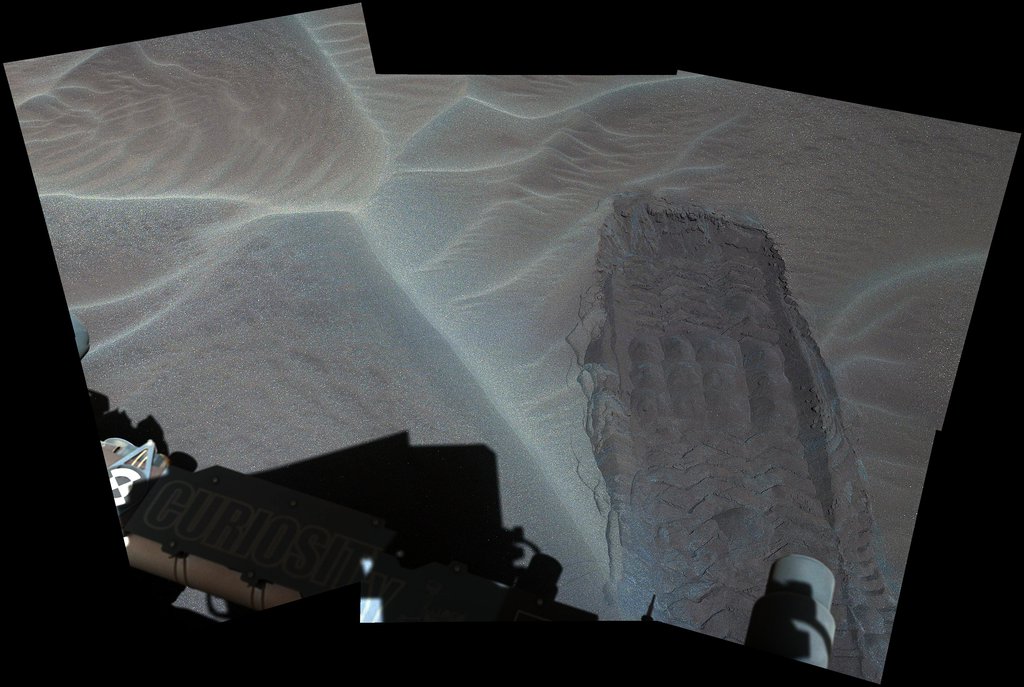 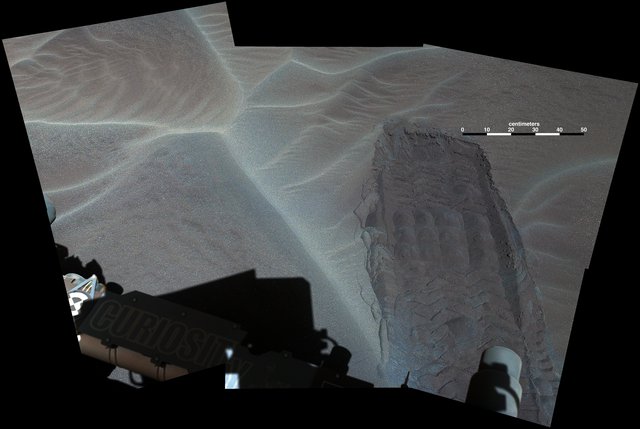 The rippled surface of the first Martian sand dune ever studied up close fills this view of "High Dune" from the Mast Camera (Mastcam) on NASA's Curiosity rover. This site is part of the "Bagnold Dunes" field along the northwestern flank of Mount Sharp. The dunes are active, migrating up to about one yard or meter per year.

The scene is presented with a color adjustment that approximates white balancing, to resemble how the sand would appear under daytime lighting conditions on Earth. The annotated version includes superimposed scale bars of 30 centimeters (1 foot) in the foreground and 100 centimeters (3.3 feet) in the middle distance.