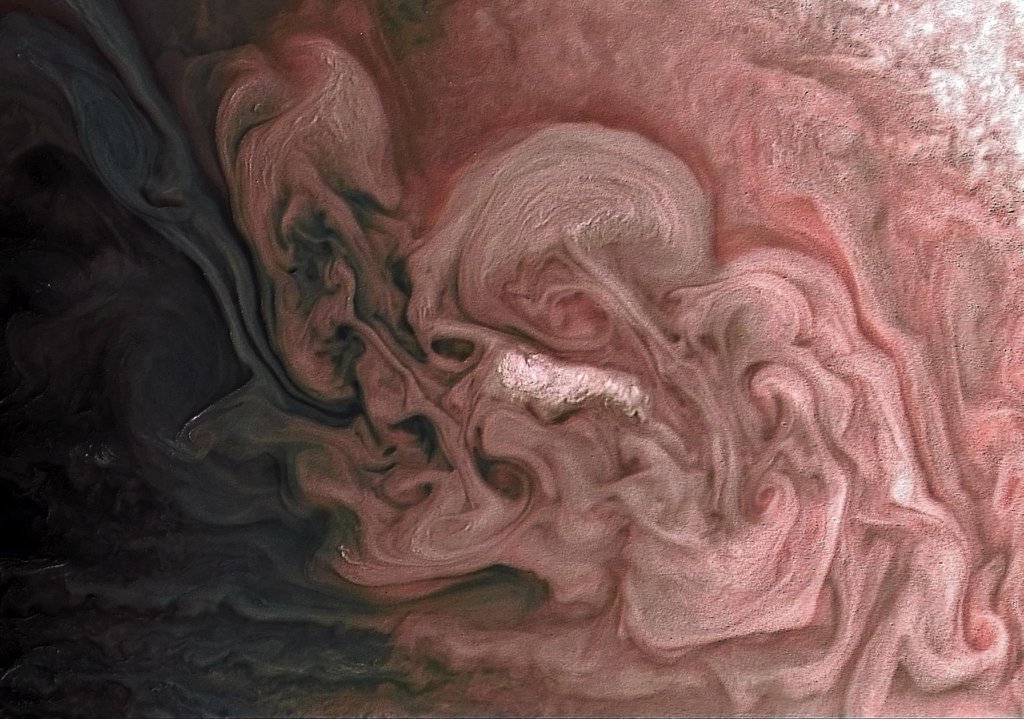 This image captures a close-up view of a storm with bright cloud tops in the northern hemisphere of Jupiter.