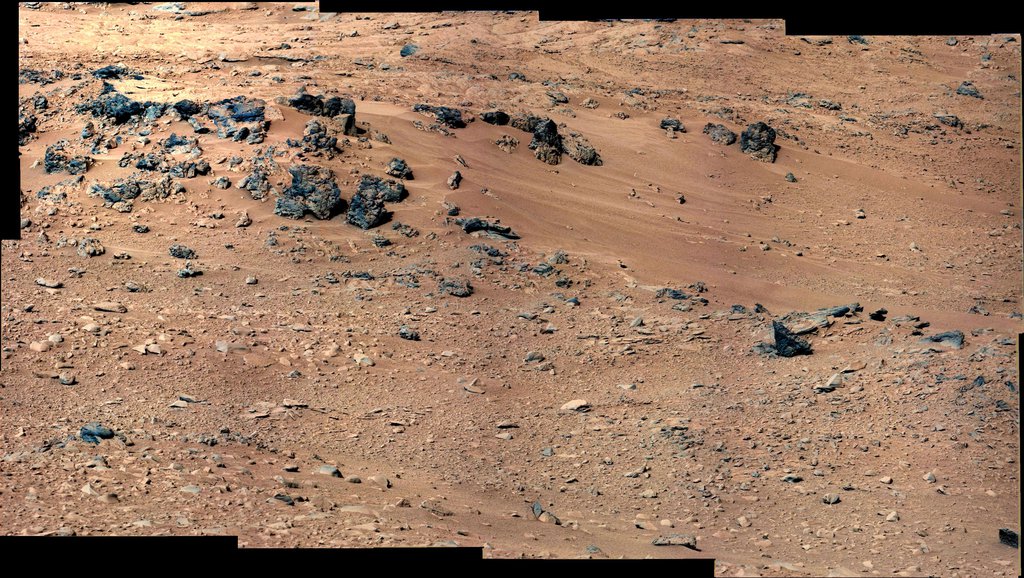 This patch of windblown sand and dust downhill from a cluster of dark rocks is the "Rocknest" site, which has been selected as the likely location for first use of the scoop on the arm of NASA's Mars rover Curiosity. This view is a mosaic of images taken by the telephoto right-eye camera of the Mast Camera (Mastcam) during the 52nd Martian day, or sol, of the mission (Sept. 28, 2012), four sols before the rover arrived at Rocknest. The Rocknest patch is about 8 feet by 16 feet (1.5 meters by 5 meters).

Scientists white-balanced the color in this view to show the Martian scene as it would appear under the lighting conditions we have on Earth, which helps in analyzing the terrain.