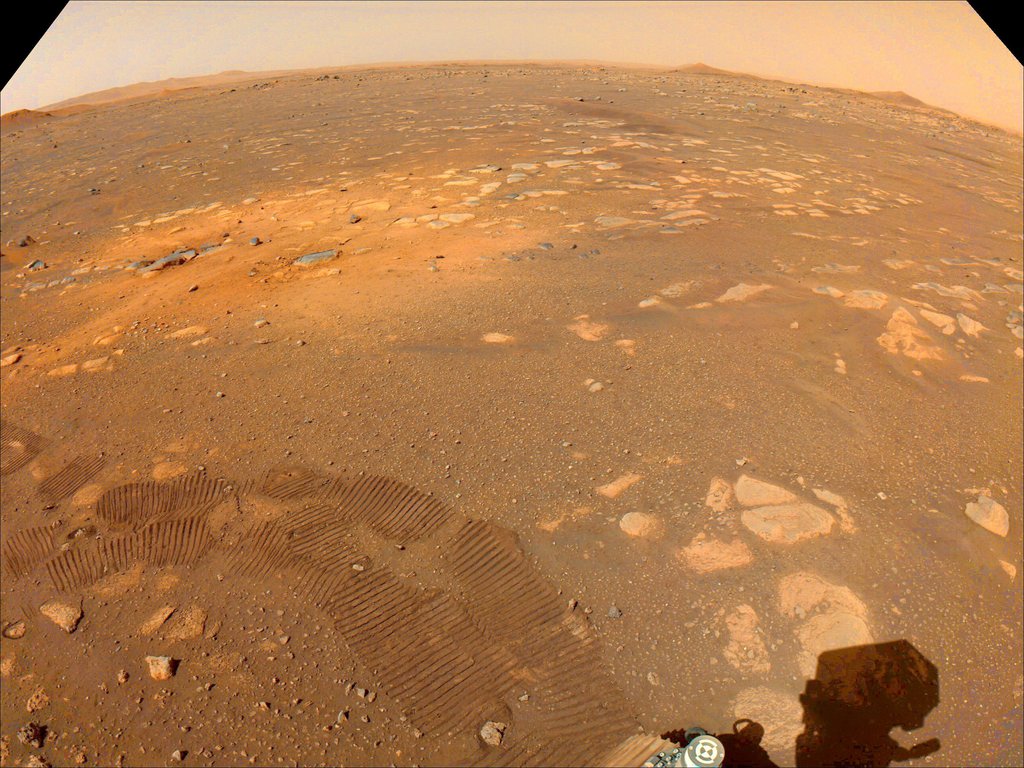 Taken on March 5, 2021, this color-calibrated image from a Navigation Camera aboard NASA's Mars 2020 Perseverance rover shows tracks from the rover's first drive (darker marks in the foreground) and an area scoured by the Mars 2020 mission's descent stage rockets (lighter-colored area in the middle ground).