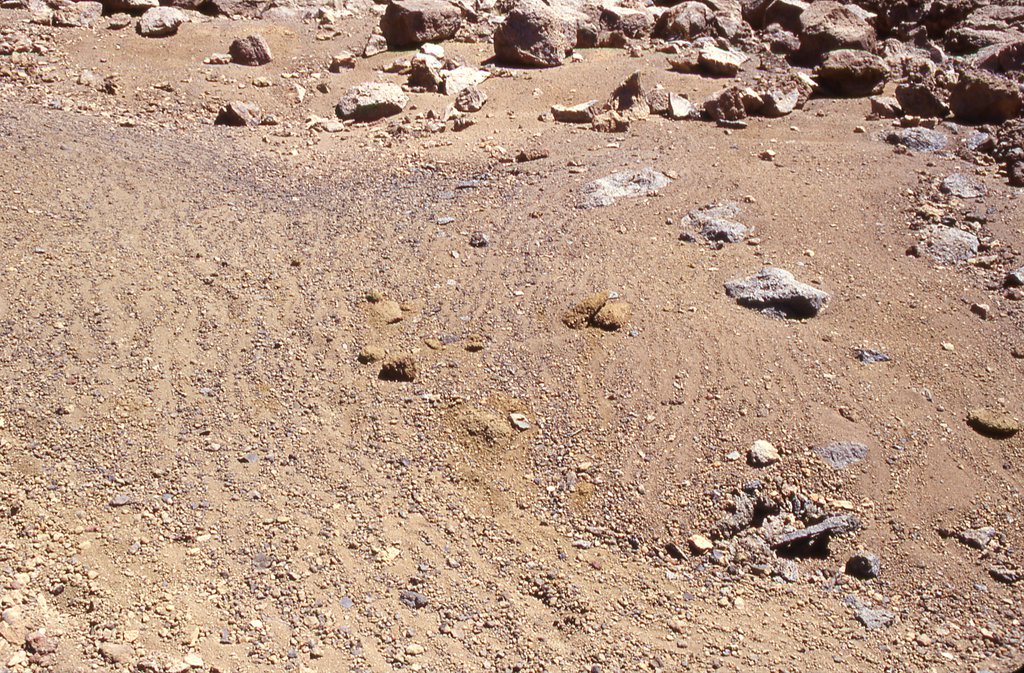 This image shows stone stripes on the side of a volcanic cone on Mauna Kea, Hawaii. The stripes are made of small rock fragments and they are aligned downhill as freeze-thaw cycles have lifted them up and out of the finer-grained regolith, and moved them to the sides, forming stone stripes.

This site is at about 13,450-foot (4,100-meter) altitude on the mountain. For scale, the rock cluster toward the bottom right of the image is approximately 1 foot (30 centimeters) wide. The image was taken in 1999 by R. E. Arvidson.

Such ground texture has been seen in recent images from NASA's Mars Exploration Rover Opportunity. For more details about "rock stripes" on Mars, see PIA22217 and PIA22218.