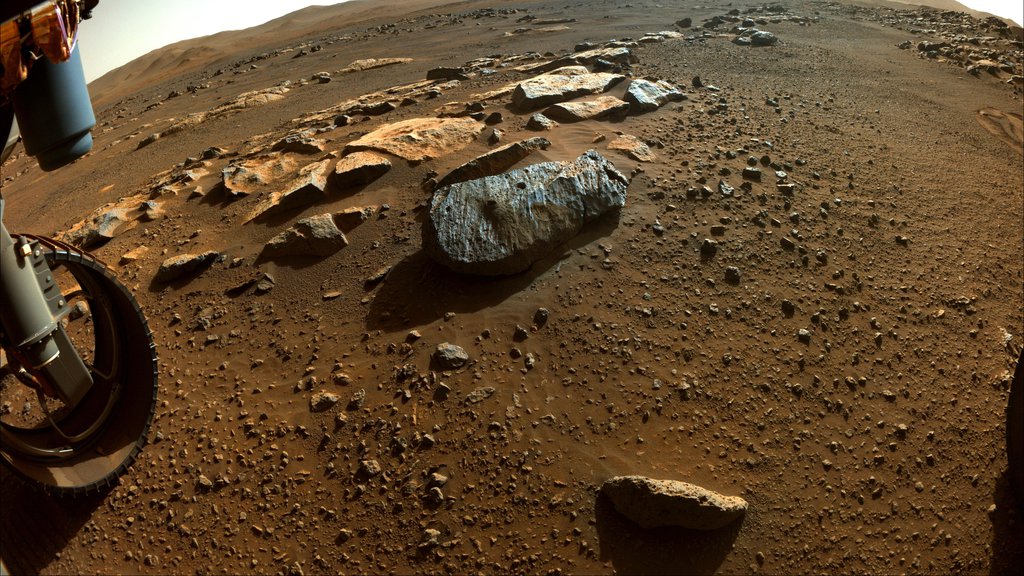 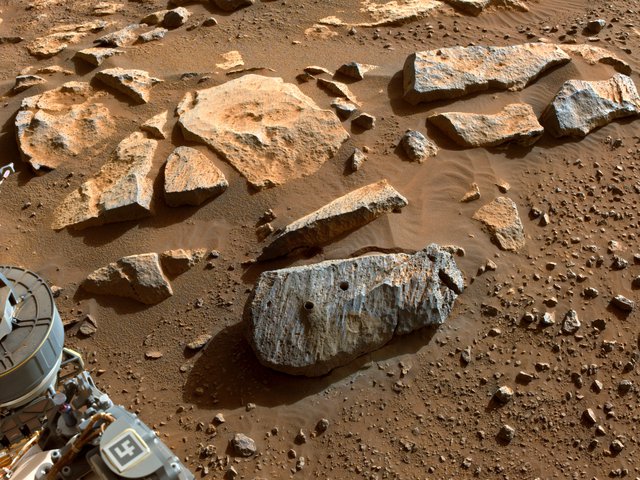 This image taken by NASA's Perseverance rover on Sept. 7, 2021, PDT (Sept. 8, EDT), shows two holes where the rover's drill obtained chalk-size samples from rock nicknamed "Rochette." The hole on the left side is known as "Montagnac" (drilled on Sept. 7), and the hole on the right is known as "Montdenier" (drilled on Sept. 1). A round spot where the rover abraded part of the rock's surface, nicknamed "Bellegarde," is visible under the hole on the right. Tailings (or cuttings) from the Montdenier coring activity slid over Bellegarde.

This main image in which a rover wheel is visible was taken by one of Perseverance's Hazard Avoidance Cameras. A second image (Figure 1) was taken by a Navigation Camera from a higher vantage point on the rover's mast. Both were taken on the 196th sol (Martian day) of the rover's mission and processed to enhance contrast.