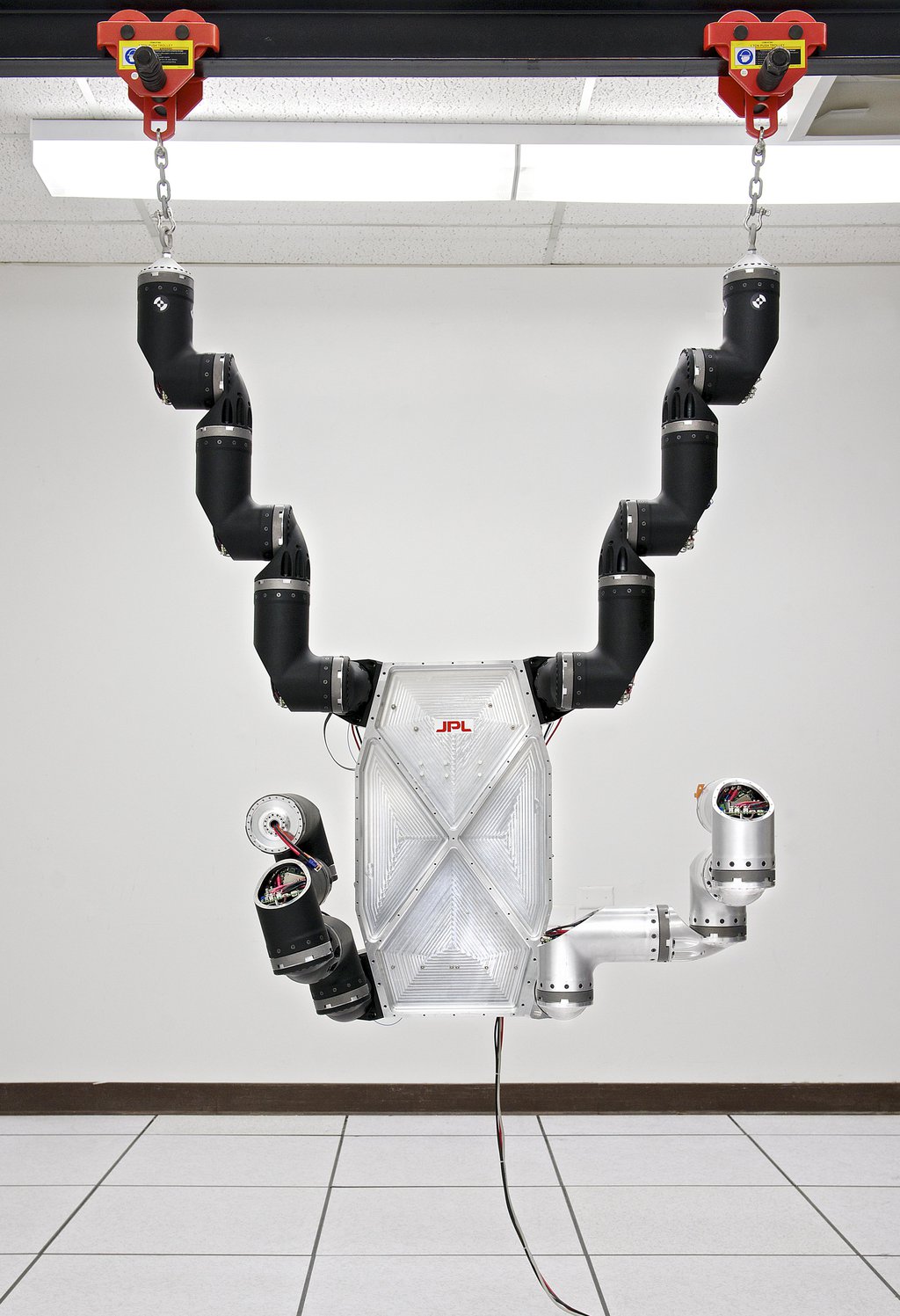 This photograph shows RoboSimian, a disaster-relief and -mitigation robot, under construction in a lab at NASA's Jet Propulsion Laboratory, Pasadena, Calif.

RoboSimian is an ape-like robot designed and built at JPL. The robot is set to compete in the Defense Advanced Research Projects Agency (DARPA) Robotics Challenge. The challenge sets out to spur the innovation of robots for relief work in the wake of natural and man-made disasters.

The DARPA Robotics Challenge calls upon competitor bots to complete a series of tasks, including driving a vehicle, using tools and climbing a ladder.

RoboSimian will use its four general-purpose limbs and hands for both mobility and manipulation. The hands have yet to be attached to the robot as shown in this image.

For details about the DARPA Robotics Challenge, visit http://www.theroboticschallenge.org/.