Remnants of Ancient Streambed on Mars 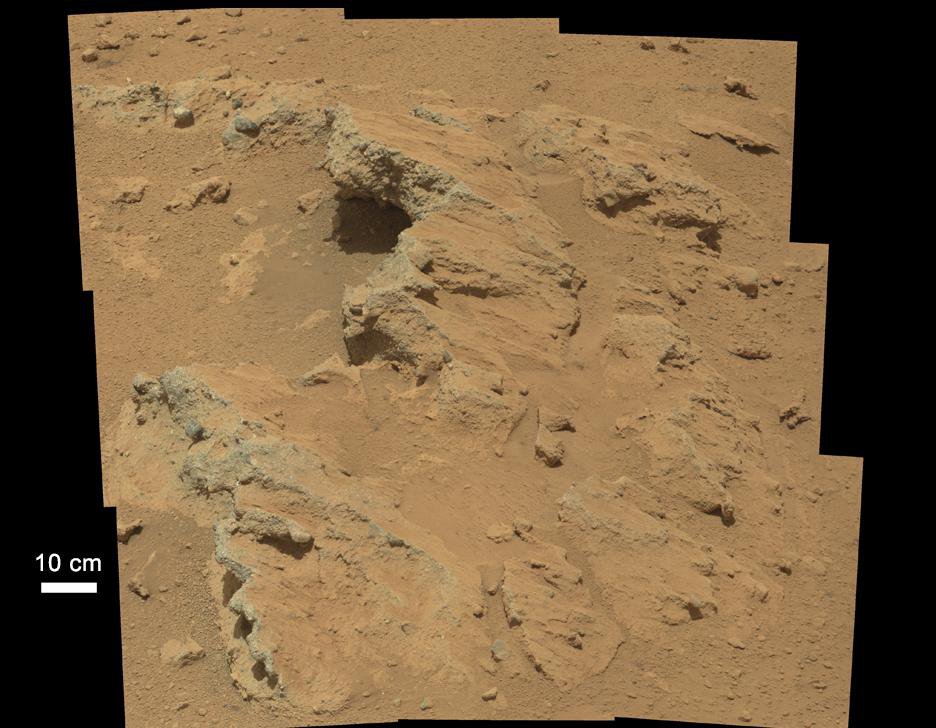 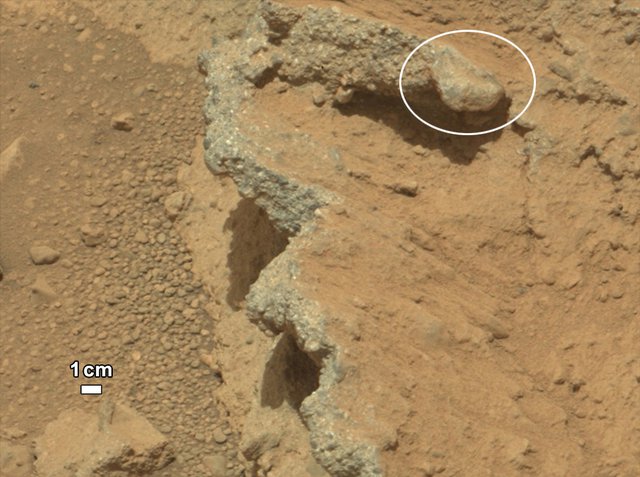 NASA's Curiosity rover found evidence for an ancient, flowing stream on Mars at a few sites, including the rock outcrop pictured here, which the science team has named "Hottah" after Hottah Lake in Canada's Northwest Territories. It may look like a broken sidewalk, but this geological feature on Mars is actually exposed bedrock made up of smaller fragments cemented together, or what geologists call a sedimentary conglomerate. Scientists theorize that the bedrock was disrupted in the past, giving it the titled angle, most likely via impacts from meteorites.

The key evidence for the ancient stream comes from the size and rounded shape of the gravel in and around the bedrock. Hottah has pieces of gravel embedded in it, called clasts, up to a couple inches (few centimeters) in size and located within a matrix of sand-sized material. Some of the clasts are round in shape, leading the science team to conclude they were transported by a vigorous flow of water. The grains are too large to have been moved by wind.