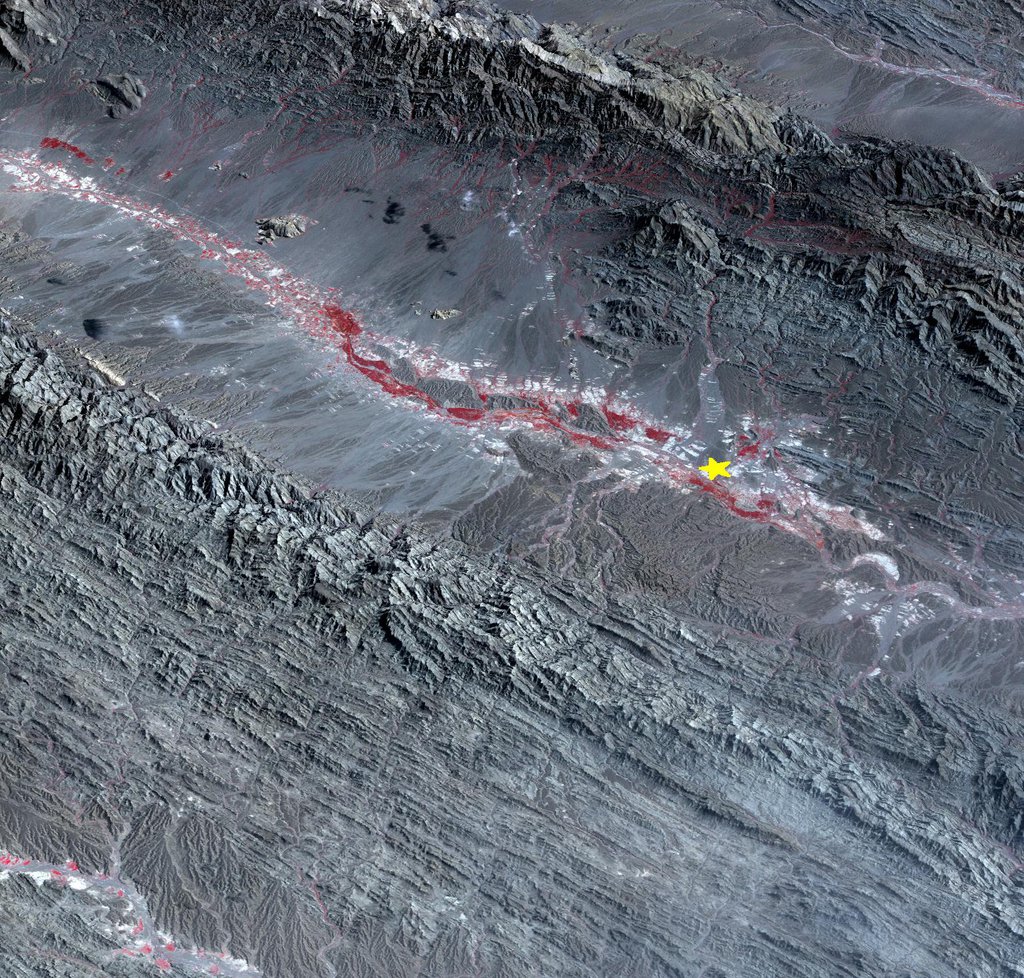 On September 24 at 11:29 GMT, a magnitude 7.7 earthquake struck in south-central Pakistan at a relatively shallow depth of 20 kilometers. The earthquake occurred as the result of oblique strike-slip motion, consistent with rupture within the Eurasian tectonic plate. Tremors were felt as far away as New Delhi as well as Karachi in Pakistan. Even though the immediate area to the epicenter is sparsely populated, the majority of houses are of mud brick construction and damage is expected to be extensive. The perspective view, looking to the east, shows the location of the epicenter in Pakistan's Makran fold belt. The image is centered near 27 degrees north latitude, 65.5 degrees east longitude, and was acquired December 13, 2012.