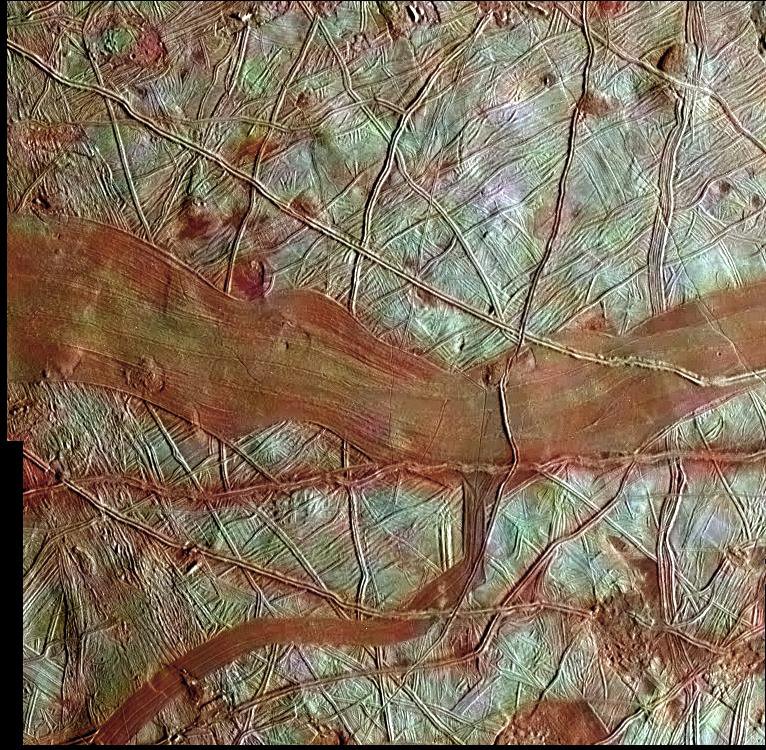 This colorized image of Europa is a product of clear-filter grayscale data from one orbit of NASA's Galileo spacecraft, combined with lower-resolution color data taken on a different orbit. The blue-white terrains indicate relatively pure water ice, whereas the reddish areas contain water ice mixed with hydrated salts, potentially magnesium sulfate or sulfuric acid. The reddish material is associated with the broad band in the center of the image, as well as some of the narrower bands, ridges, and disrupted chaos-type features. It is possible that these surface features may have communicated with a global subsurface ocean layer during or after their formation.

Part of the terrain in this previously unreleased color view is seen in the monochrome image, PIA01125.