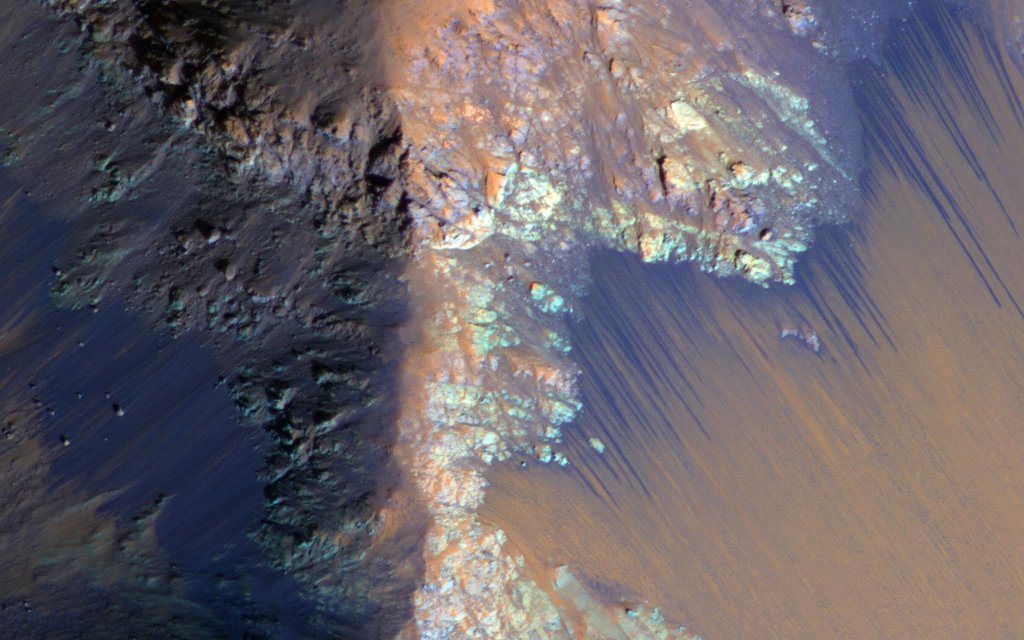 Recurring slope lineae (RSL) may be due to active seeps of water. These dark flows are abundant along the steep slopes of ancient bedrock in Coprates Chasma.

The enhanced-color cutout shows a full-resolution sample. The RSL are most prominent on the bright fans at the base of the bedrock, but actually extend back into the bedrock following small channels. MRO is continuing to monitor key sites to better understand this and other geologic activity on Mars.