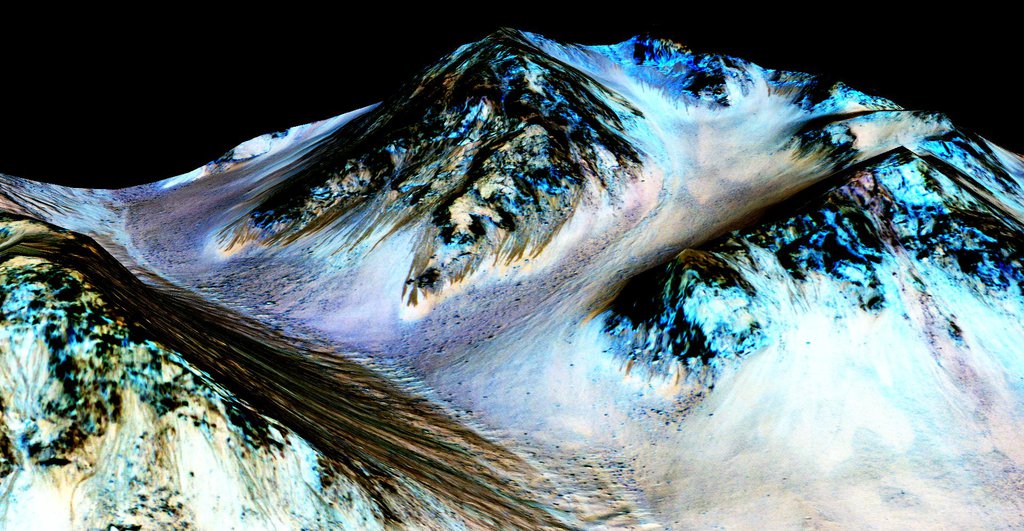 Dark, narrow streaks on Martian slopes such as these at Hale Crater are inferred to be formed by seasonal flow of water on contemporary Mars. The streaks are roughly the length of a football field.

The image was produced by first creating a 3-D computer model (a digital terrain map) of the area based on stereo information from two HiRISE observations, and then draping a false-color image over the land-shape model. The vertical dimension is exaggerated by a factor of 1.5 compared to horizontal dimensions. The camera records brightness in three wavelength bands: infrared, red and blue-green. The draped image is one product from HiRISE observation ESP_03070_1440.