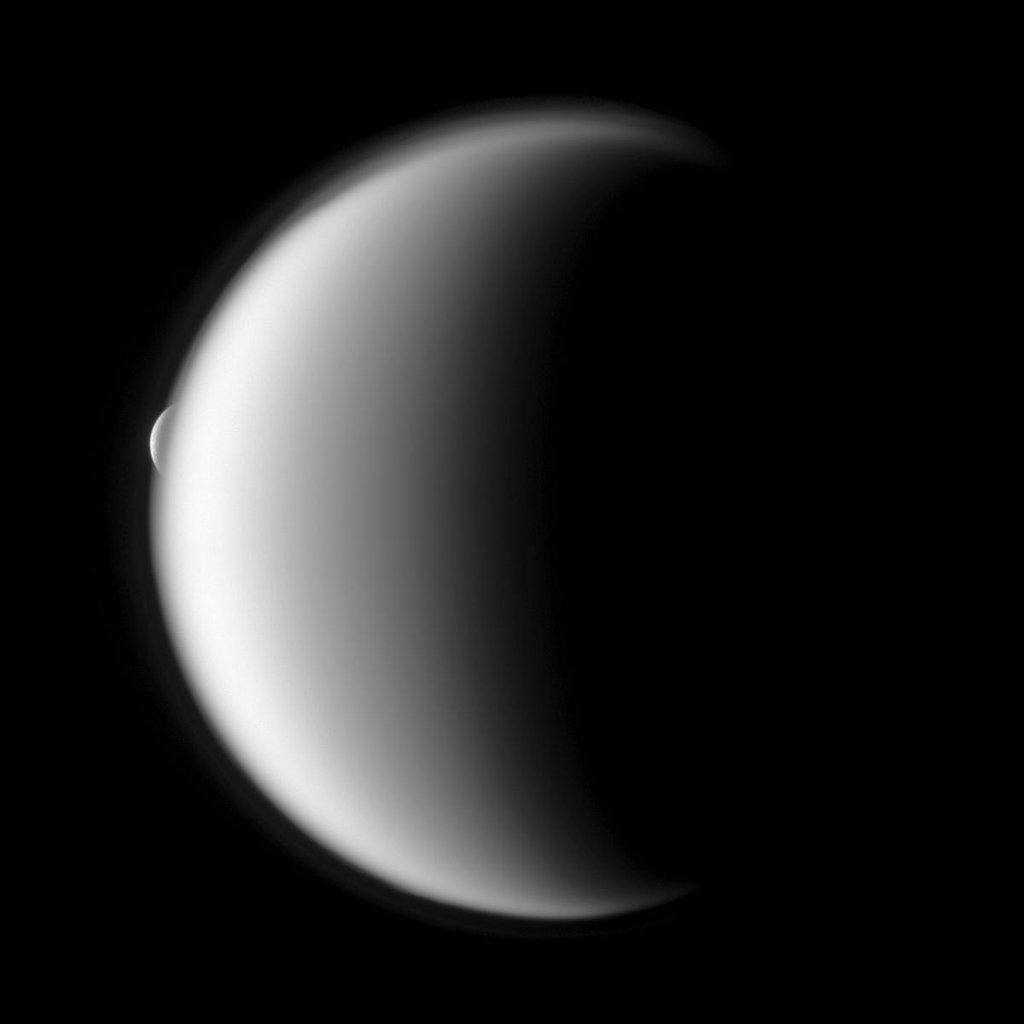 Rhea emerges after being occulted by the larger moon Titan.

The high altitude detached haze layer of Titan's atmosphere is clearly visible in the image. See PIA07774 to learn more.