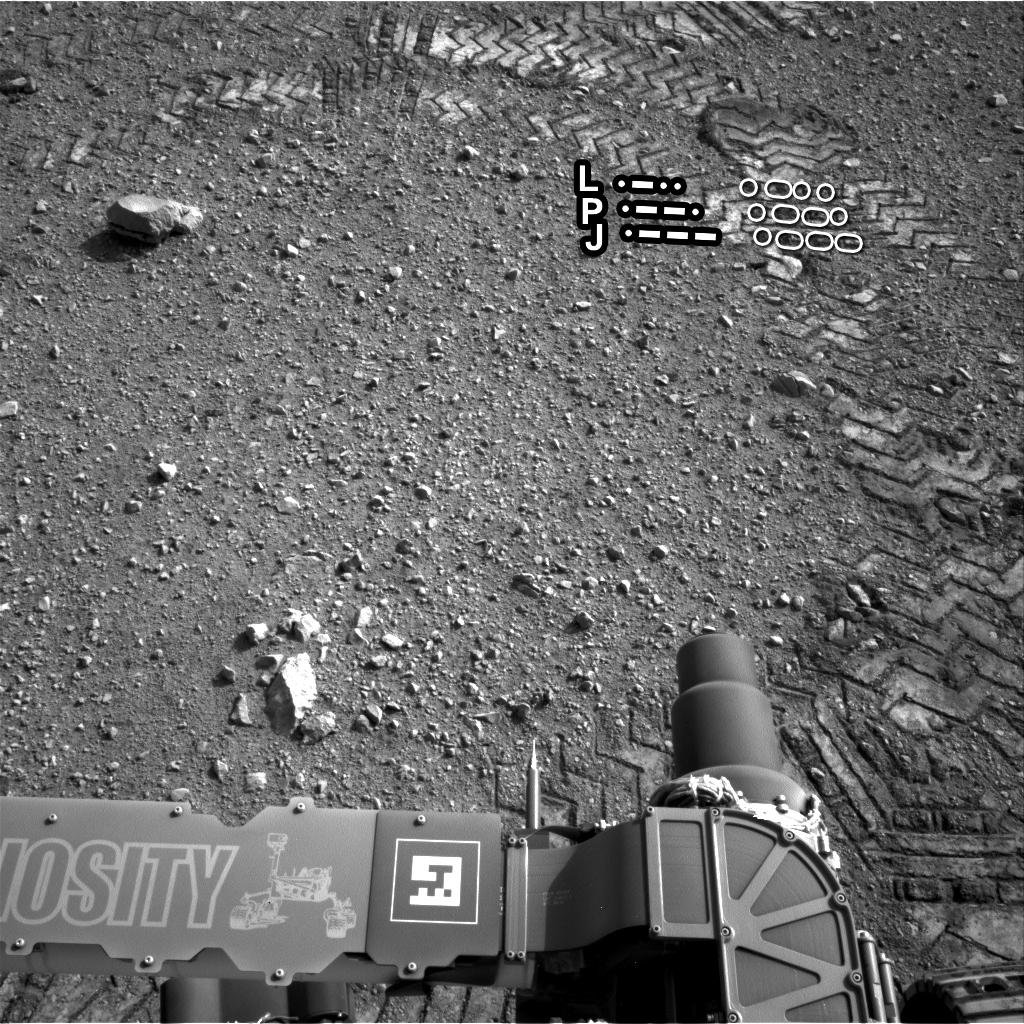 The straight lines in Curiosity's zigzag track marks are Morse code for JPL, which is short for NASA's Jet Propulsion Laboratory in Pasadena, Calif., where the rover was built and the mission is managed. The "footprint" is more than an homage to the rover's builders, however. It is an important reference mark that the rover can use to drive more precisely via a system called visual odometry.