Raindrops of Sand in Copernicus Crater 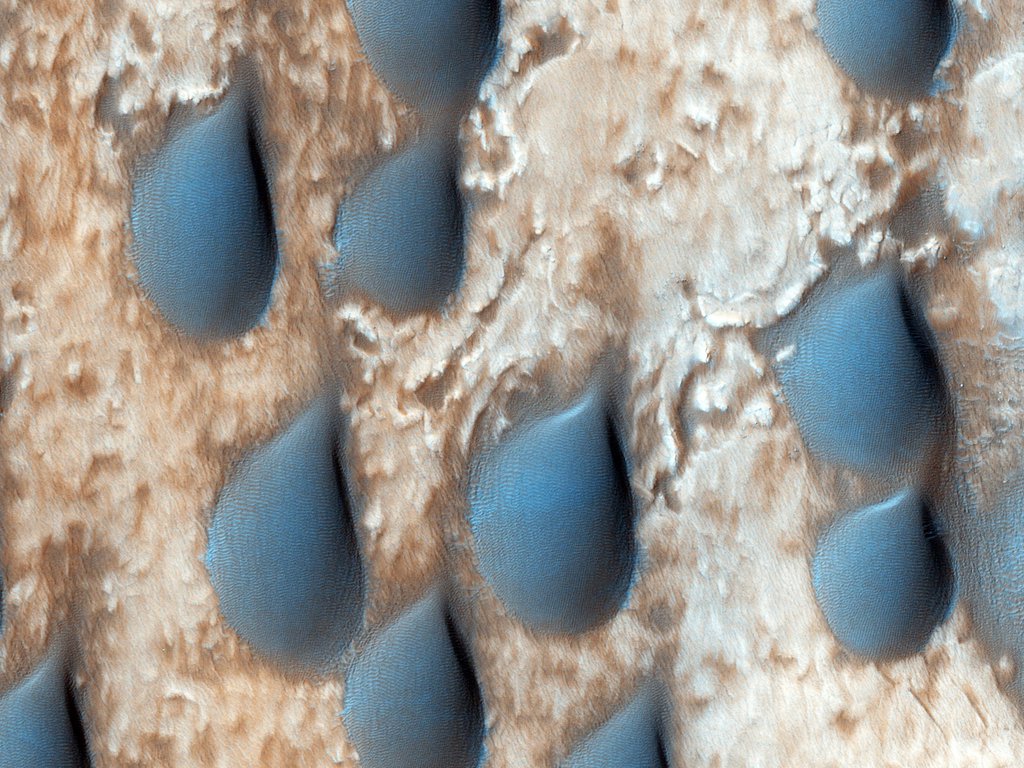 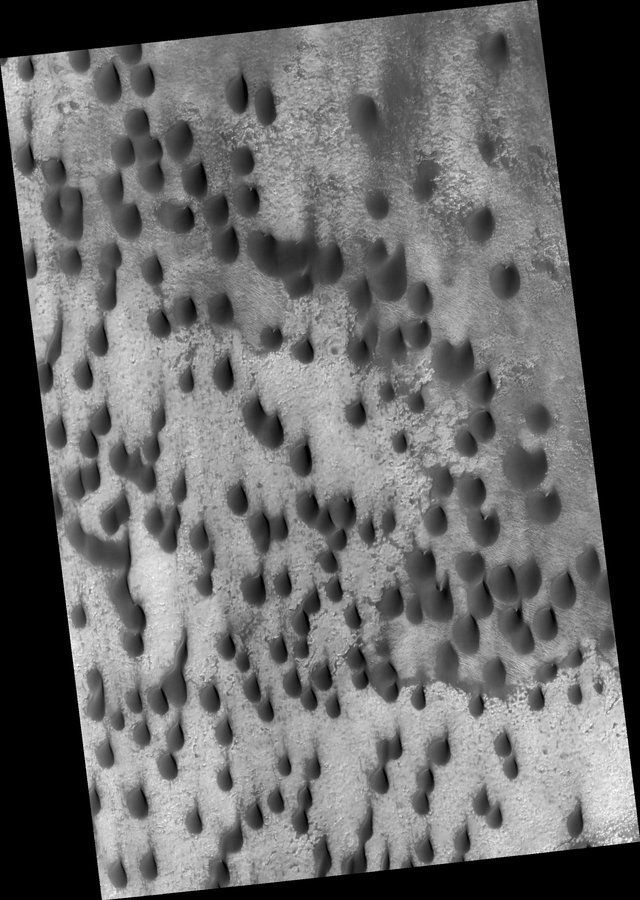 The dark features here look like raindrops, but are actually sand dunes. This spot was targeted by CRISM because the dunes are rich in the mineral olivine.

Olivine-rich dunes are very rare on Earth, as olivine rapidly weathers to clays in a wet environment. There is also olivine-rich bedrock in the central peaks of Copernicus Crater on the Moon.

There is only a handful of very important scientists, like Nicolaus Copernicus (1473-1543) who have craters named after them on both Mars and the Moon.