Radioactive Core of a Dead Star 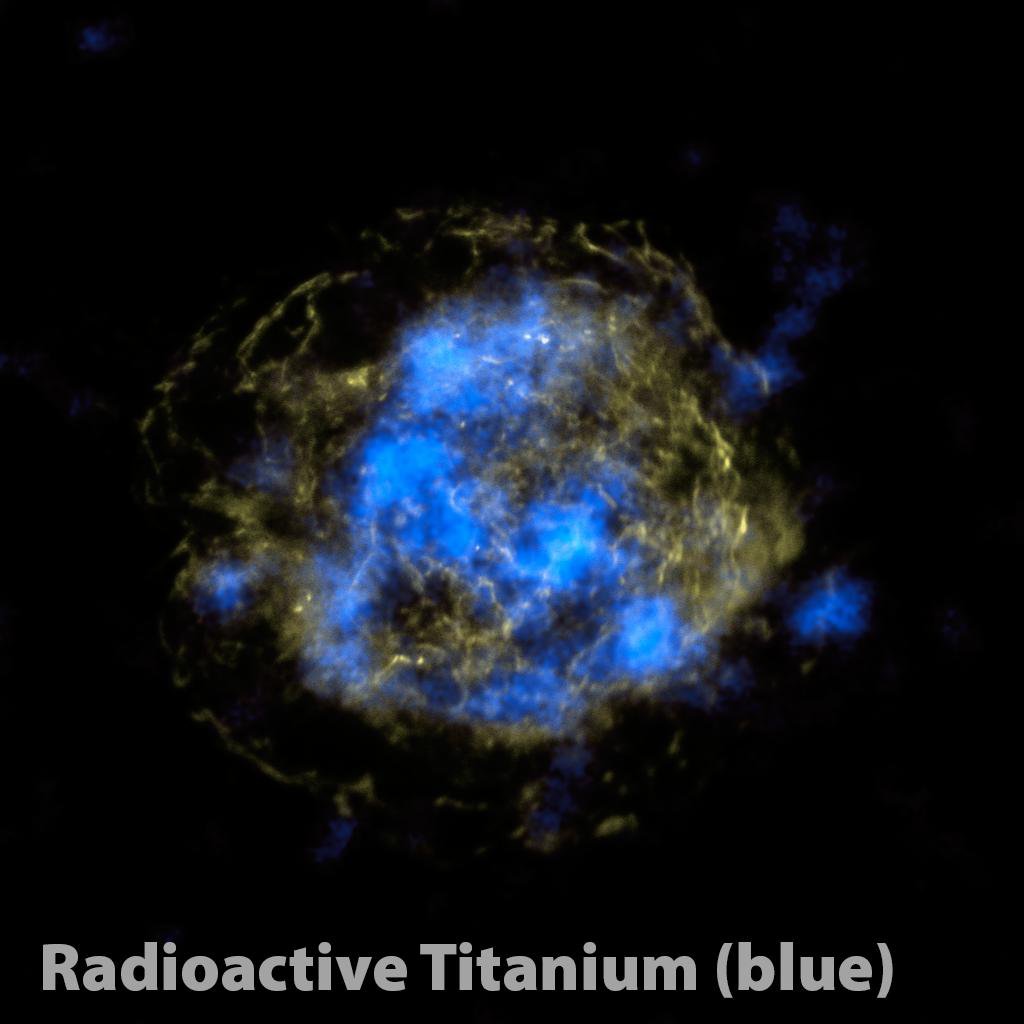 NASA's Nuclear Spectroscope Telescope Array, or NuSTAR, has, for the first time, imaged the radioactive "guts" of a supernova remnant, the leftover remains of a star that exploded. The NuSTAR data are blue, and show high-energy X-rays. Yellow shows non-radioactive material detected previously by NASA's Chandra X-ray Observatory in low-energy X-rays.

The NuSTAR results show that titanium is concentrated in clumps at the heart of the star, pointing to a model of supernova explosions that calls for sloshing of the inner core. This sloshing, also known as mild asymmetries, is thought to help trigger stars to ultimately detonate and fling out their outer layers.