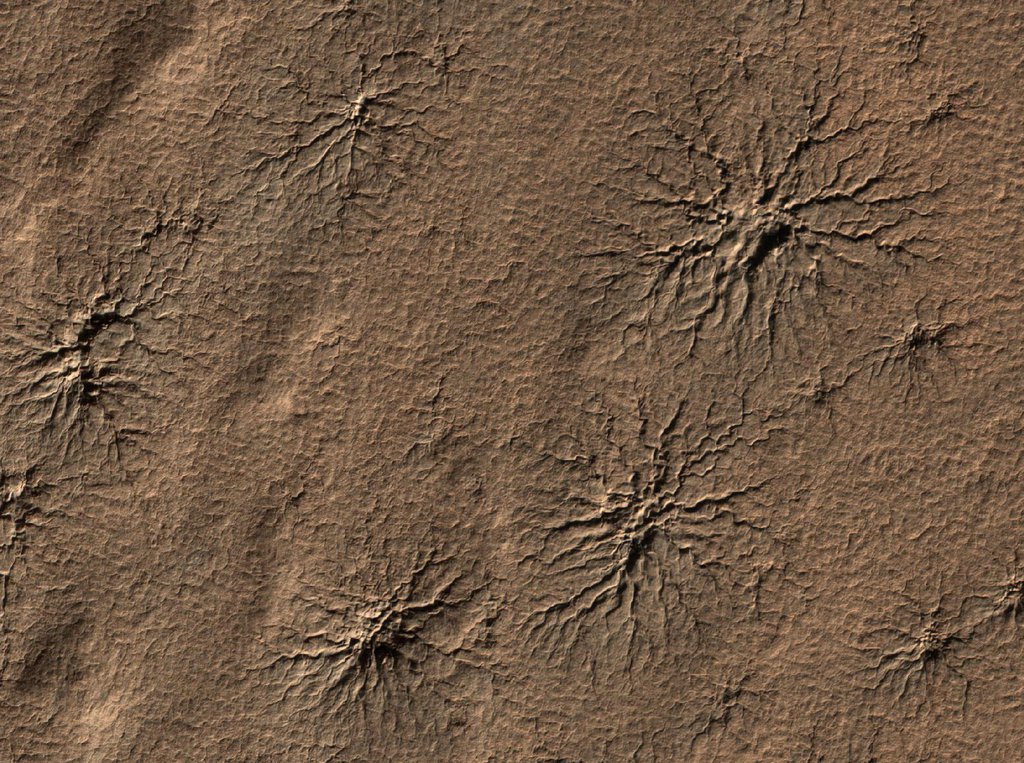 Spider-shaped features in the south polar region of Mars are carved by vaporizing dry ice in a dynamic seasonal process. This image from the High Resolution Imaging Science Experiment (HiRISE) camera on NASA's Mars Reconnaissance Orbiter includes several of the distinctive features in an area 1.2 kilometers (three-fourths of a mile) wide. It is one of the HiRISE camera team's featured images this week.

The features are cut into the ground, not built up above the surrounding surface. Sunlight is coming from the right, from about 15 degrees above the horizon. Scientists call these features "araneiform," which means spider-like.

Mars' carbon-dioxide atmosphere partially condenses every winter to form polar caps of dry ice. These seasonal caps sublimate (change directly from solid to gas, just as dry ice does on Earth) in the spring. Carbon-dioxide gas coming from the bottom surface of the ice builds up pressure and carves channels into the ground as it flows toward a point where it escapes back into the atmosphere. Often the channels are radial in nature, with the escape point for the gas becoming the center for one ofthese araneiform features.

In this image, taken during southern-hemisphere summer, all the seasonal frost is gone from the area. The channels carved into the ground are typically 1 to 2 meters (3 to 7 feet) deep.