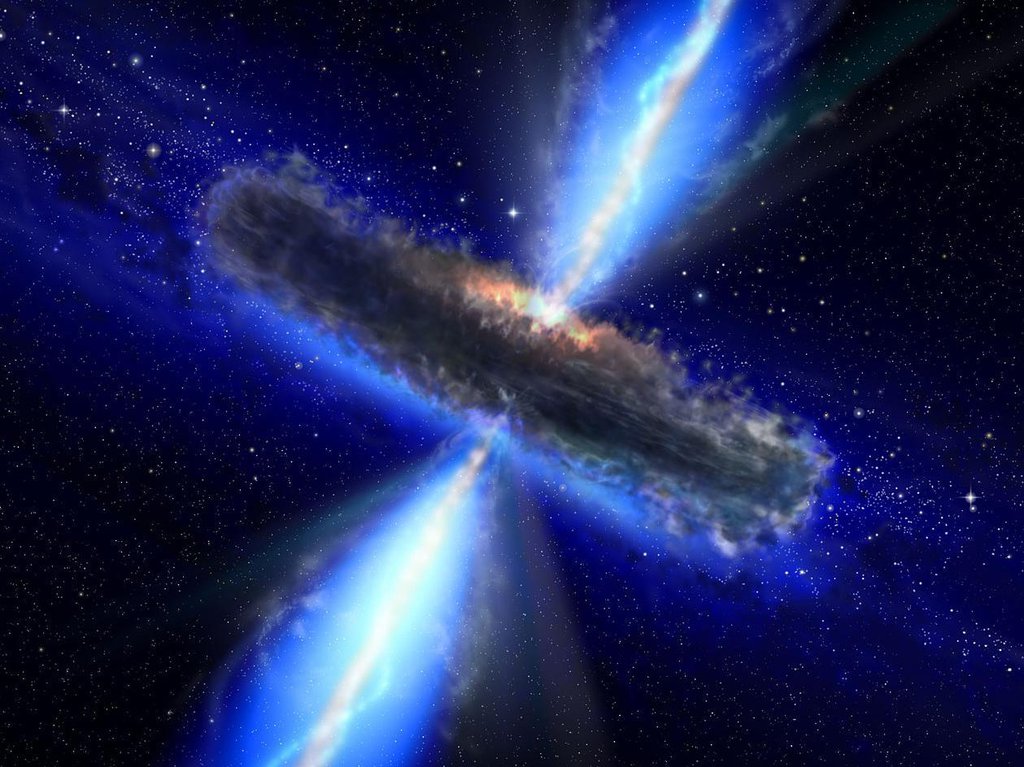 This artist's concept illustrates a quasar, or feeding black hole, similar to APM 08279+5255, where astronomers discovered huge amounts of water vapor. Gas and dust likely form a torus around the central black hole, with clouds of charged gas above and below. X-rays emerge from the very central region, while thermal infrared radiation is emitted by dust throughout most of the torus. While this figure shows the quasar's torus approximately edge-on, the torus around APM 08279+5255 is likely positioned face-on from our point of view.