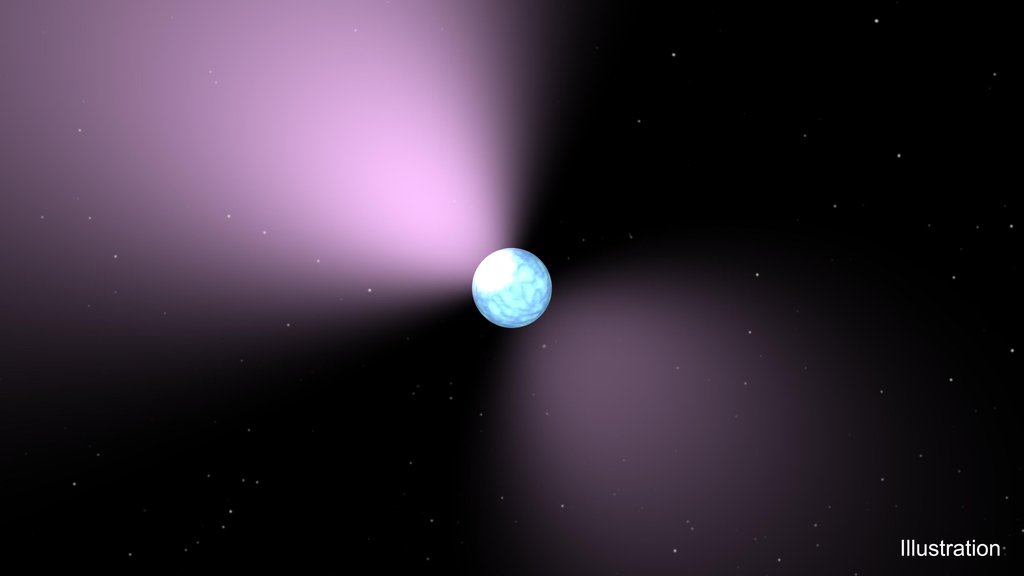 This artist's concept shows a pulsar, which is like a lighthouse, as its light appears in regular pulses as it rotates. Pulsars are dense remnants of exploded stars, and are part of a class of objects called neutron stars.

Magnetars are different kinds of neutron stars -- they have violent, high-energy outbursts of X-ray and gamma ray light. A mysterious object called PSR J1119-6127 has been seen behaving as both a pulsar and a magnetar, suggesting that it could be a "missing link" between these objects.