Pride of the West &mdash; and Mars 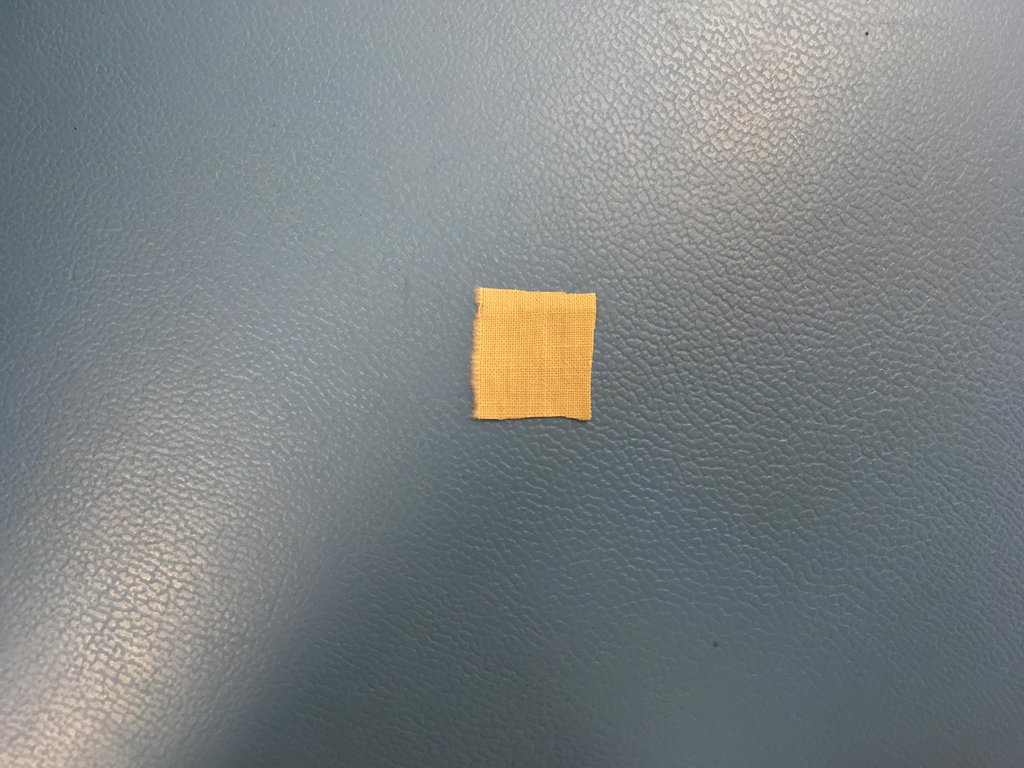 This 0.5-inch x 0.5-inch (1.3 x 1.3 centimeter) square of unbleached muslin material from the Wright brothers' first airplane was encapsulated in a protective polyamide film before being attached to a cable underneath the solar panel of NASA's Ingenuity Mars Helicopter. Procured by the Wrights from a local department store in downtown Dayton, Ohio, the cotton fabric (called "Pride of the West Muslin") was at the time mostly used for ladies undergarments. In the front parlor of their home, the Wrights cut the material into strips and used the family sewing machine to create wing coverings for their airplane Flyer 1, which achieved the first powered, controlled flight on Earth on Dec. 17, 1903.

The swatch of material from the Wright brothers' first airplane was obtained from the Carillon Historical Park, in Dayton, Ohio — home to the Wright Brothers National Museum. The image was taken in a clean room at NASA's Jet Propulsion Laboratory on January 15, 2020.