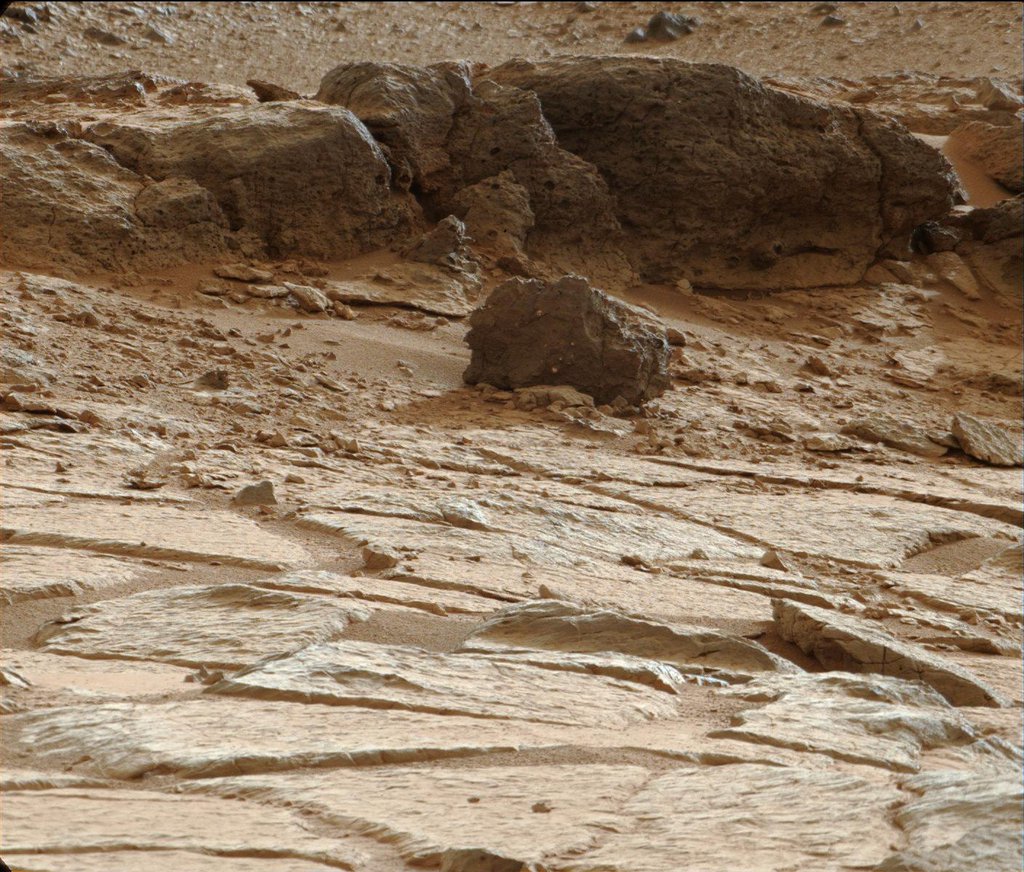 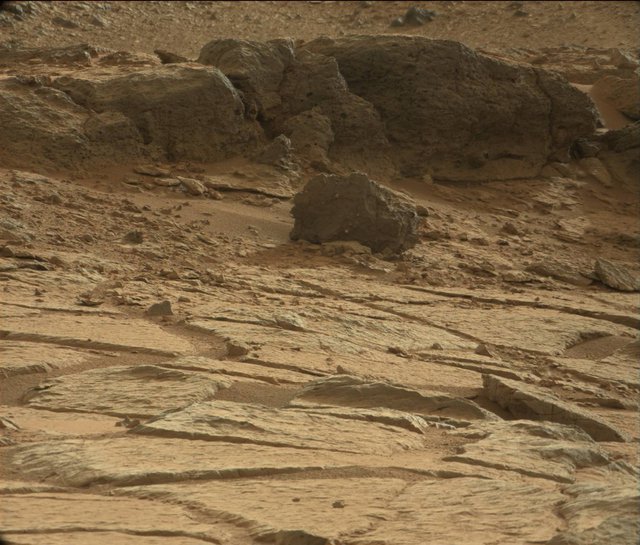 One priority target for a closer look by NASA's Mars rover Curiosity before the rover departs the "Glenelg" area east of its landing site is the pitted outcrop called "Point Lake," in the upper half of this image. The outcrop as seen from this angle is about 7 feet (2 meters) wide and 20 inches (50 centimeters) high.

The texture, with its voids or cavities, sets Point Lake apart from other outcrops in the vicinity. A closer inspection may yield information about whether it is a volcanic or sedimentary deposit.

This image was taken by the right (telephoto-lens) camera of the Mast Camera (Mastcam) on the rover during the 193rd Martian day, or sol, of Curiosity's work on Mars (Feb. 20, 2013). It has been white-balanced to show what the rock would look like if it were on Earth. A raw-color version, as recorded by the camera under Martian lighting conditions, is available as Figure 1.