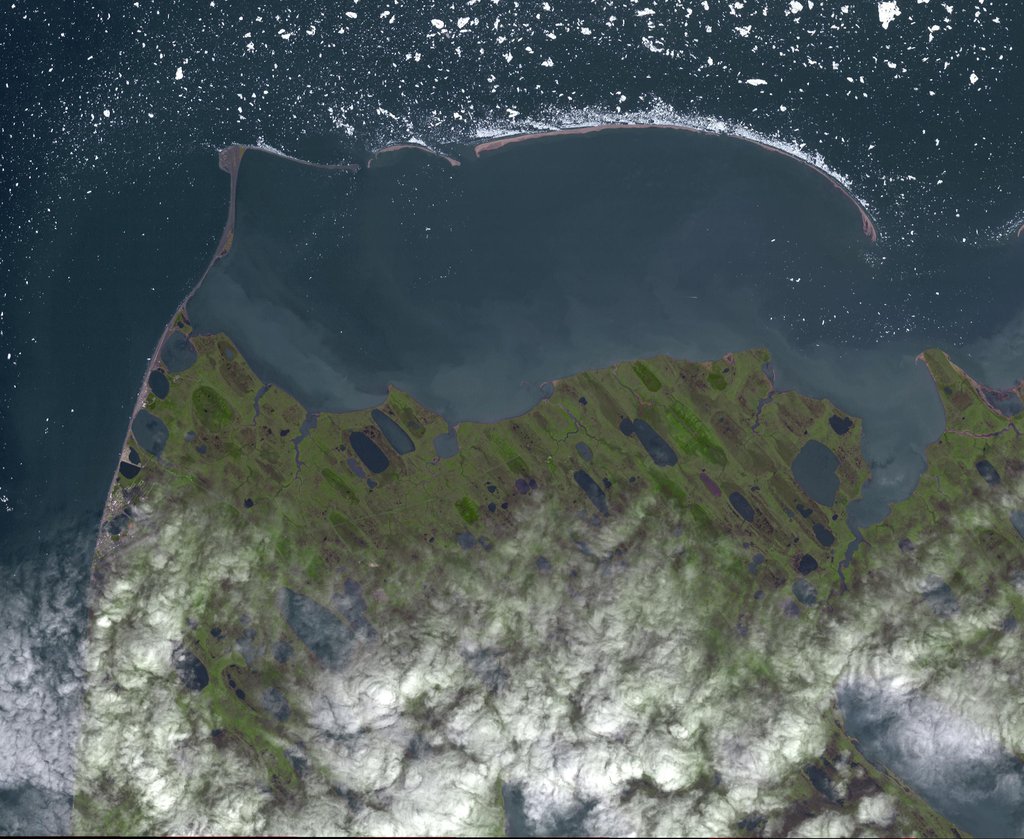 Point Barrow or Nuvuk, Alaska is the northernmost point of all territory of the United States. It also marks the limit between the Chukchi Sea to the west, and the Beaufort Sea to the east. Archaeological evidence indicates that Point Barrow was occupied about 500 CE, probably as hunting camps for whales. The image covers an area of 32 by 38 km, was acquired July 29, 2015, and is located at 71.6 degrees north, 156.45 degrees west.