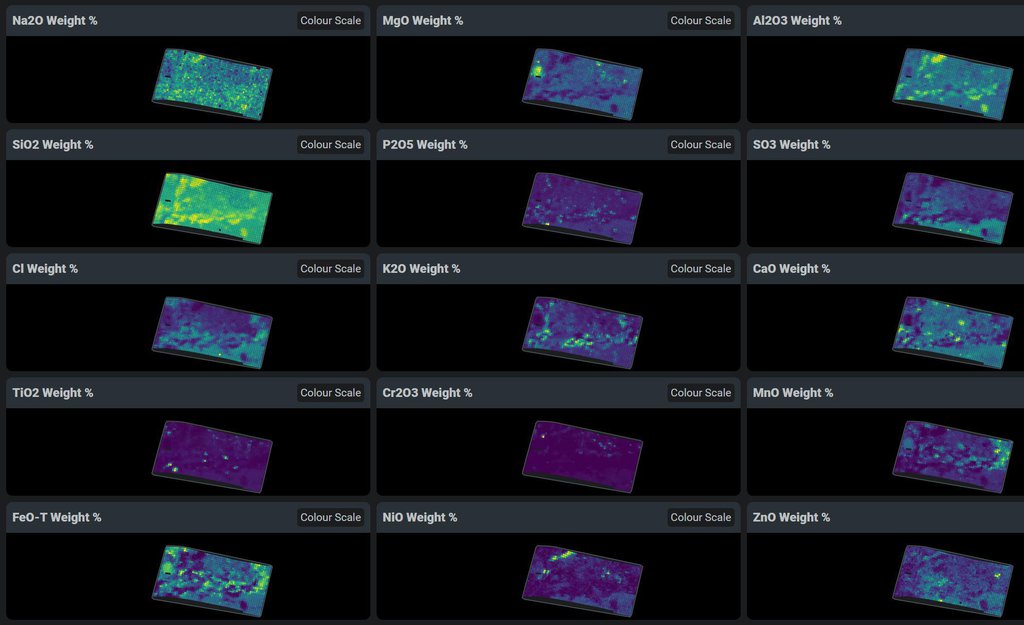 This data shows chemicals detected within a single rock on Mars by the Planetary Instrument for X-ray Lithochemistry (PIXL), one of the instruments on the end of the robotic arm aboard NASA's Perseverance Mars rover. PIXL allows scientists to study where specific chemicals can be found within an area as small as a postage stamp.