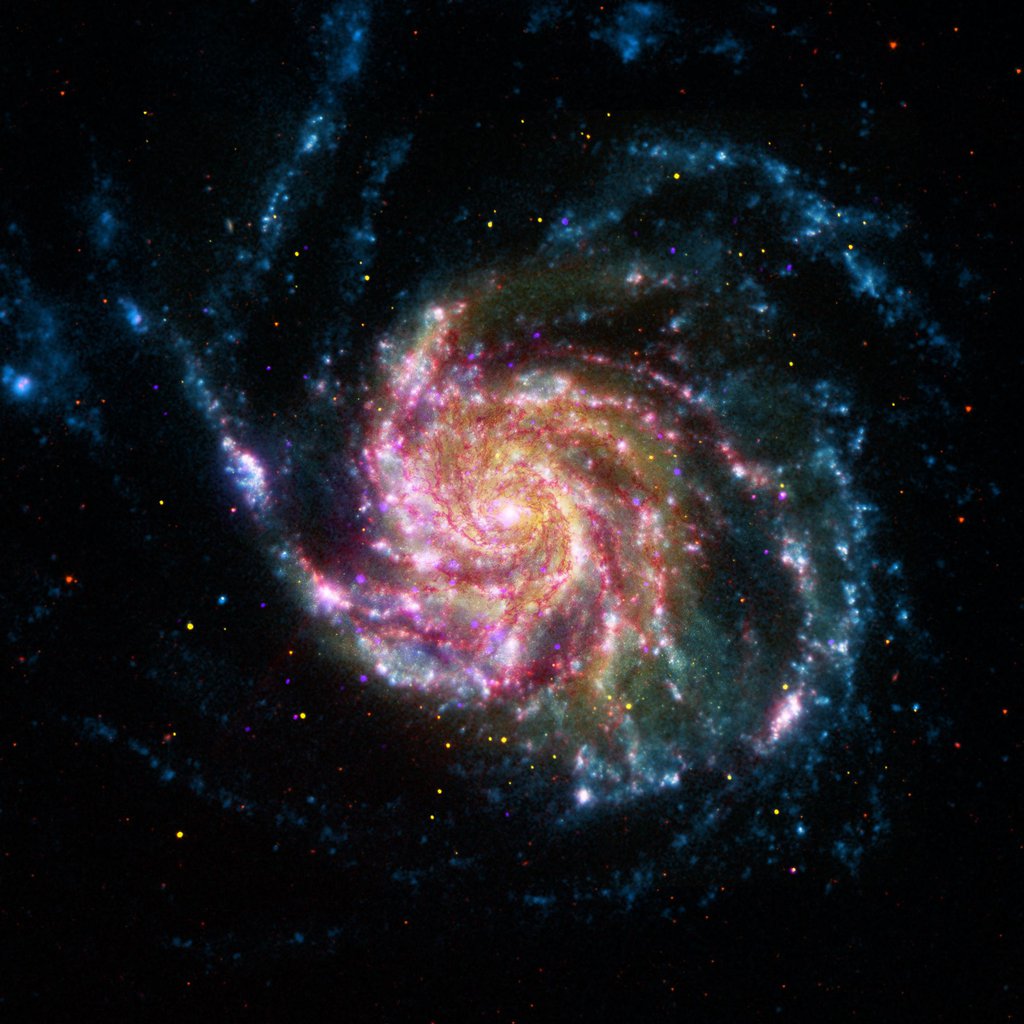 This image of the Pinwheel Galaxy, or M101, combines data in the infrared, visible, ultraviolet and X-rays from four of NASA's space telescopes. The view shows that both young and old stars are evenly distributed along M101's tightly wound spiral arms. Such composite images allow astronomers to see how features in one part of the light spectrum match up with those seen in other parts. It's like seeing with a regular camera, an ultraviolet camera, night-vision goggles and X-ray vision, all at once!

The Pinwheel galaxy is in the constellation of Ursa Major (also known as the Big Dipper). It is about 70 percent larger than our own Milky Way galaxy, with a diameter of about 170,000 light-years, and sits at a distance of 21 million light-years from Earth. This means that the light we're seeing in this image left the Pinwheel galaxy about 21 million years ago -- many millions of years before humans ever walked the Earth.

The red colors in the image show infrared light, as seen by the Spitzer Space Telescope. These areas show the heat emitted by dusty lanes in the galaxy, where stars are forming.

The yellow component is visible light, observed by the Hubble Space Telescope. Most of this light comes from stars, and they trace the same spiral structure as the dust lanes seen in the infrared.

The blue areas show ultraviolet light, given out by hot, young stars that formed about 1 million years ago. The Galaxy Evolution Explorer, which NASA recently loaned to the California Institute of Technology in Pasadena, Calif., captured this component of the image.

Finally, the hottest areas are shown in purple, where the Chandra X-ray observatory observed the X-ray emission from exploded stars, million-degree gas and material colliding around black holes.