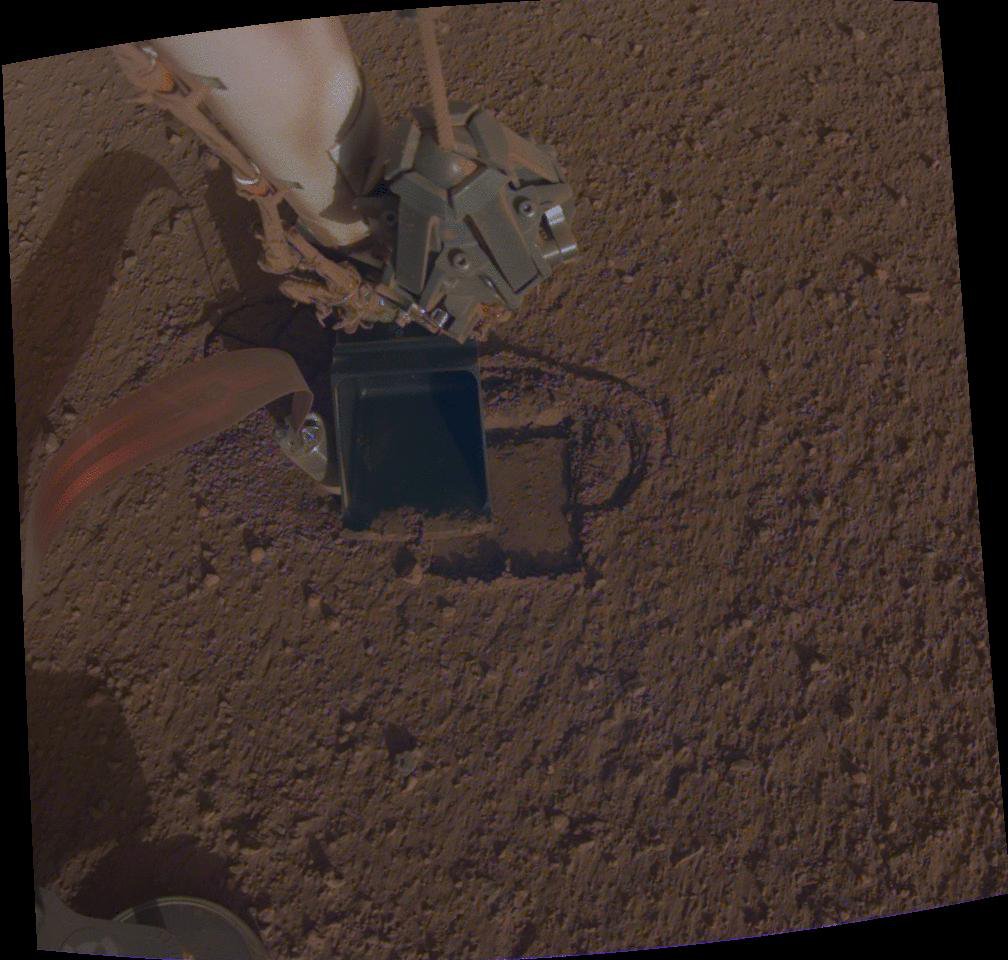 This GIF shows NASA InSight's heat probe, or "mole," digging about a centimeter (half an inch) below the surface last week. Using a technique called "pinning," InSight recently pressed against the mole using a scoop on its robotic arm to help the self-hammering heat probe dig so that it can "take the temperature" of Mars.