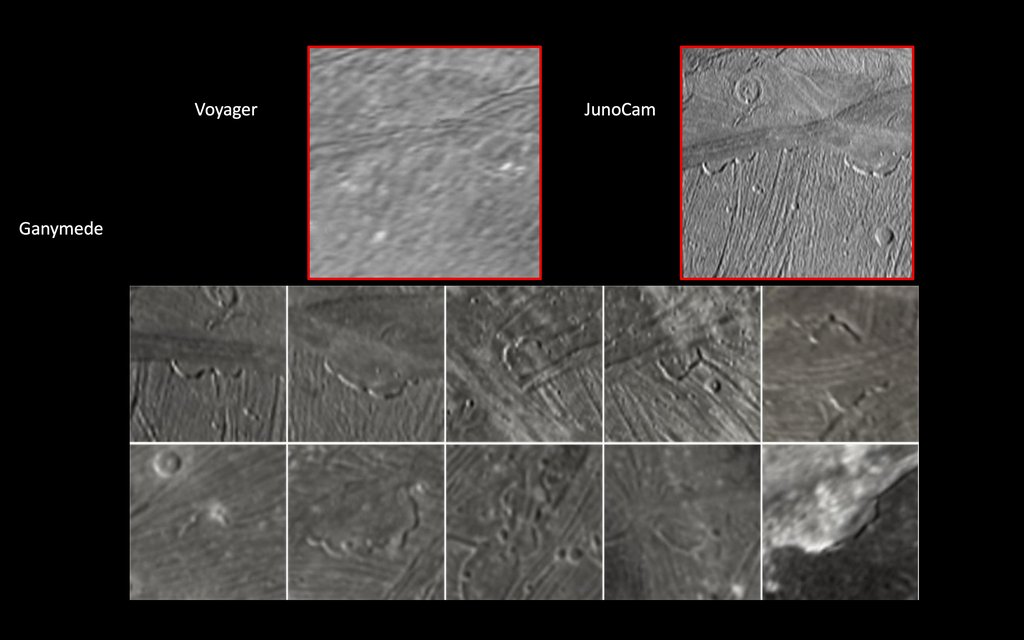 JunoCam, the public engagement camera aboard NASA's Juno spacecraft, captured these views of Jupiter's moon Ganymede during a close pass on June 7, 2021. JunoCam was able to obtain significantly higher quality images compared to those taken by NASA's Voyager spacecraft in 1979 (upper left).

In these images, JunoCam revealed 12 paterae – broad, shallow bowl-shaped features on a planetary body's surface – only two of which are evident in the Voyager data. These features were likely formed by late-stage volcanic processes.