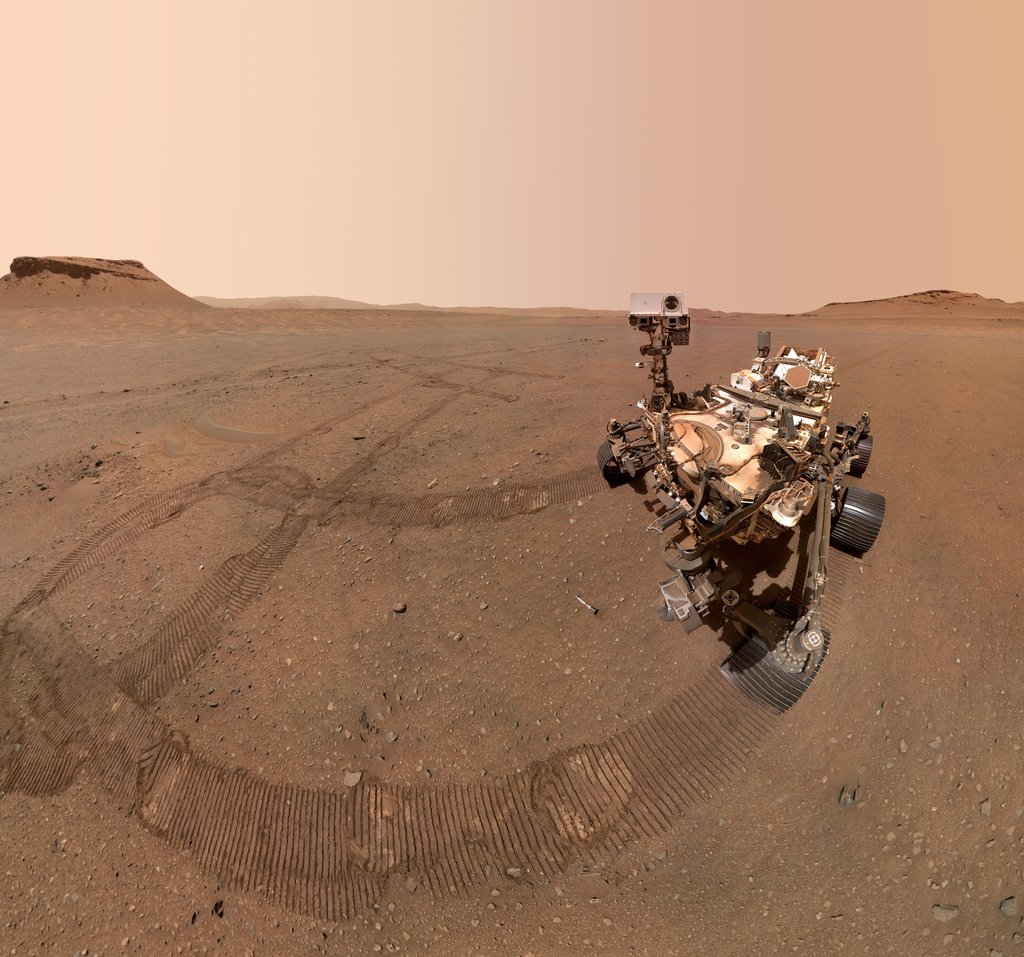 NASA's Perseverance Mars rover took a selfie with several of the 10 sample tubes it deposited at a sample depot it is creating within an area of Jezero Crater nicknamed "Three Forks." The image was taken by the WATSON (Wide Angle Topographic Sensor for Operations and eNgineering) camera on the end of the rover's robotic arm on Jan. 20, 2023, the 682nd Martian day, or sol, of the mission.

The ninth tube dropped during the construction of the depot, containing the sample the science team refers to as "Atsah," can be seen in front of the rover. Other sample tubes are visible in the background. In an animated GIF, the rover looks down at the "Atsah" sample then back at the camera.

The selfie is composed of 56 individual WATSON images that were stitched together once they were sent back to Earth. The Curiosity rover takes similar selfies using a camera on its robotic arm; videos explaining how the rovers take their selfies can be found here.

The depot marks a crucial milestone in the NASA-ESA (European Space Agency) Mars Sample Return campaign that aims to bring Mars samples to Earth for closer study. The depot will serve as a backup if Perseverance can't deliver its samples to a future robotic lander.

WATSON was built by Malin Space Science Systems (MSSS) in San Diego and is operated jointly by MSSS and JPL.