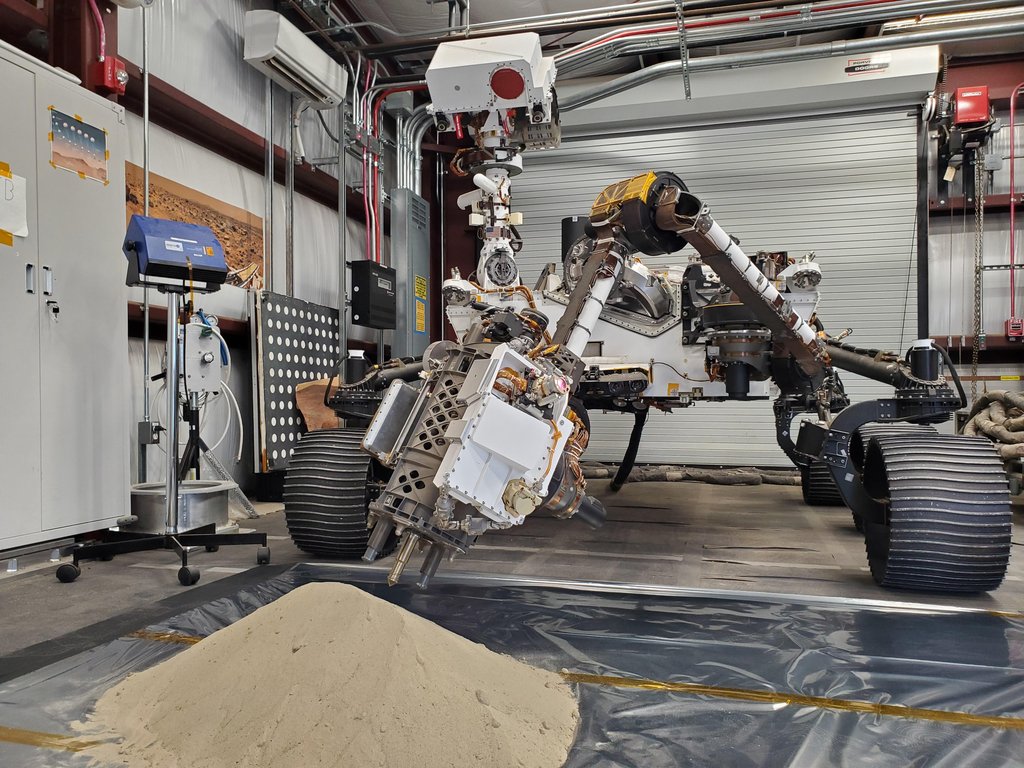 Optimism, a full-scale replica of NASA's Perseverance Mars rover, tests a model of Perseverance's regolith bit in a pile of simulated regolith – broken rock and dust – at the agency's Jet Propulsion Laboratory in Southern California.

As with rock cores, Perseverance uses a drill on the end of its robotic arm to collect regolith samples. But to gather the loose material of Martian regolith the rover employs a different drill bit that looks like a spike with small holes on its end.