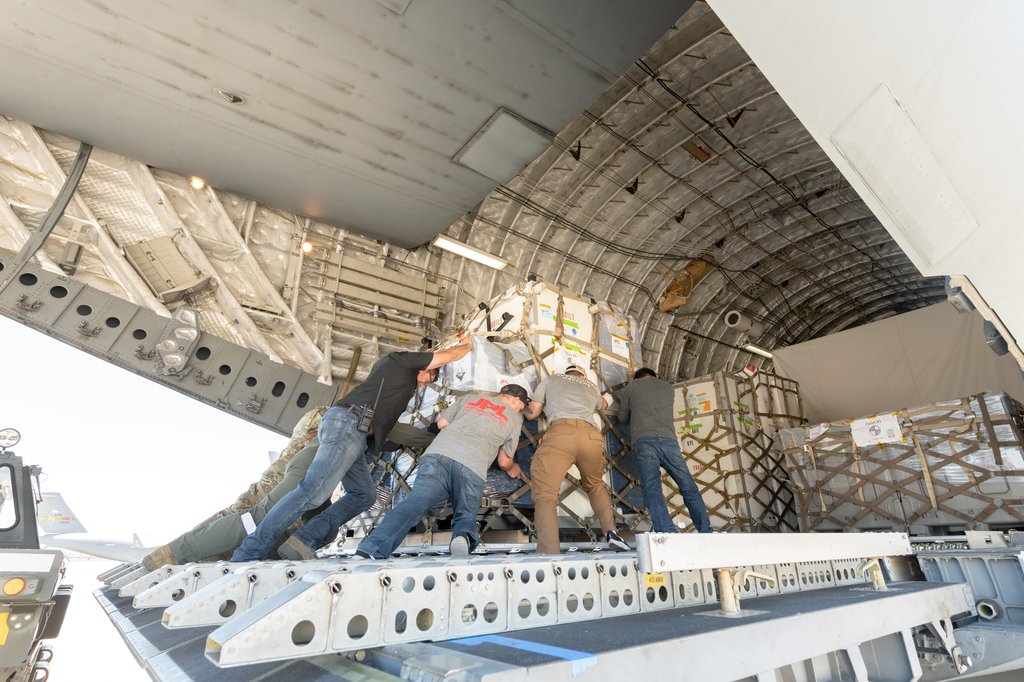 On June 27, 2021, teams from NASA's Jet Propulsion Laboratory in Southern California and the March Air Reserve Base in Riverside County, California, loaded the scientific heart of the Surface Water and Ocean Topography (SWOT) mission into a C-17 airplane. The hardware – which includes research instruments – was headed to a clean room facility near Cannes, France, where engineers and technicians completed assembly of the satellite over the next year. The satellite was subsequently shipped back to California for its December 2022 launch from Vandenberg Space Force Base.

SWOT will make global surveys of the water on Earth's surface. By measuring its height, researchers can track the volume and location of the finite resource around the world. The data will help with monitoring changes in floodplains and wetlands, measure how much fresh water flows into and out of lakes and rivers and back to the ocean, and track regional shifts in sea level.

SWOT is being jointly developed by NASA and the French space agency Centre National d'Études Spatiales (CNES), with contributions from the Canadian Space Agency (CSA) and the UK Space Agency. JPL, which is managed for NASA by Caltech in Pasadena, California, leads the U.S. component of the project. For the flight system payload, NASA is providing the Ka-band Radar Interferometer (KaRIn) instrument, a GPS science receiver, a laser retroreflector, and a two-beam microwave radiometer. CNES is providing the Doppler Orbitography and Radioposition Integrated by Satellite (DORIS) system, nadir altimeter, and the KaRIn RF subsystem (with support from the UK Space Agency). CSA is providing the KaRIn high-power transmitter assembly. NASA is providing associated launch services.