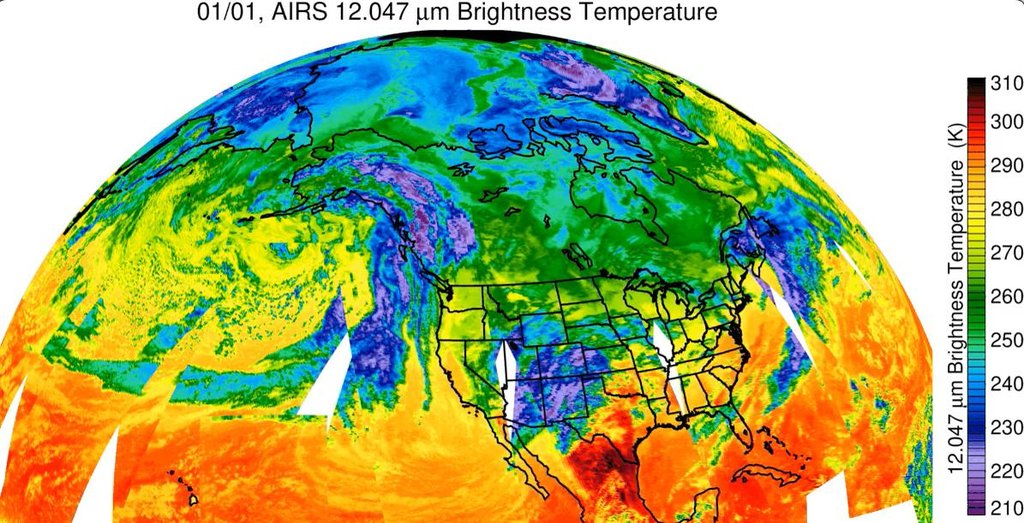 Since the start of 2023 California has been drenched by a series of storms being transported by an atmospheric river – a relatively narrow, windy region in Earth's atmosphere that can transport moisture or tiny particles for thousands of miles, much like a river on land moves water. NASA's Atmospheric Infrared Sounder (AIRS) captured the series of storms as they dumped record amounts of rain in some parts of California, caused flooding, and damaged infrastructure. Forecasts say this pattern of storms will continue through the week of Jan. 9.

Located aboard the Aqua satellite AIRS, in conjunction with the Advanced Microwave Sounding Unit (AMSU), senses emitted infrared and microwave radiation from Earth to provide a 3D look at the planet's weather and climate. Working in tandem, the two instruments make simultaneous observations down to Earth's surface. With more than 2,000 channels sensing different regions of the atmosphere, the system creates a global, 3D map of atmospheric temperature and humidity, cloud amounts and heights, greenhouse gas concentrations, and many other atmospheric phenomena. Launched into Earth orbit in 2002 aboard NASA's Aqua spacecraft, the AIRS and AMSU instruments are managed by NASA's Jet Propulsion Laboratory in Southern California, under contract to NASA. JPL is a division of Caltech.