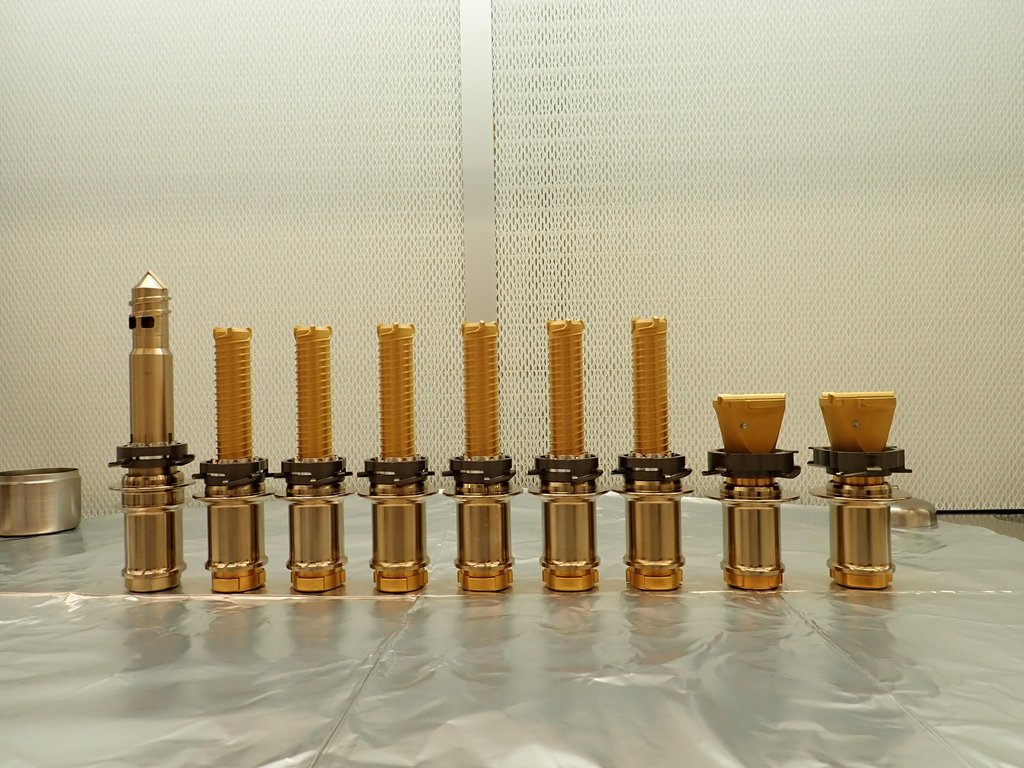 The drill bits used by NASA's Perseverance Mars rover are seen before being installed prior to launch. The regolith bit is on the left, followed by six bits used for drilling rock cores. On the right are two abrasion bits that are used to remove the dust-covered outer layer of a rock so that the rover can take accurate data of its composition.