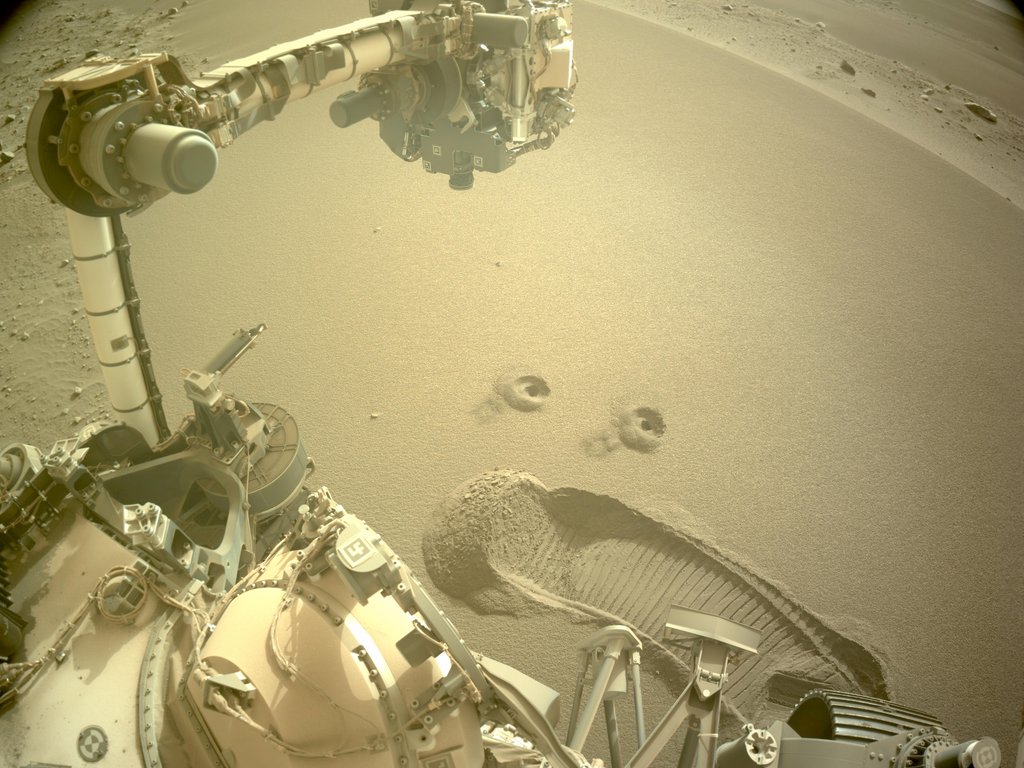 NASA's Perseverance Mars rover snagged two samples of regolith – broken rock and dust – on Dec. 2 and 6, 2022. This set of images, taken by the rover's left navigation camera, shows Perseverance's robotic arm over the two holes left after the samples were collected.

The samples were taken in Mars' Jezero Crater from a pile of wind-blown sand and dust called a "mega-ripple" – a feature similar to but smaller than a dune. One of the two regolith samples will be considered for deposit on the Martian surface this month as part of the Mars Sample Return campaign.

Studying regolith with powerful lab equipment back on Earth will allow scientists to better understand the processes that have shaped the surface of Mars and help engineers design future missions as well as equipment used by future Martian astronauts.