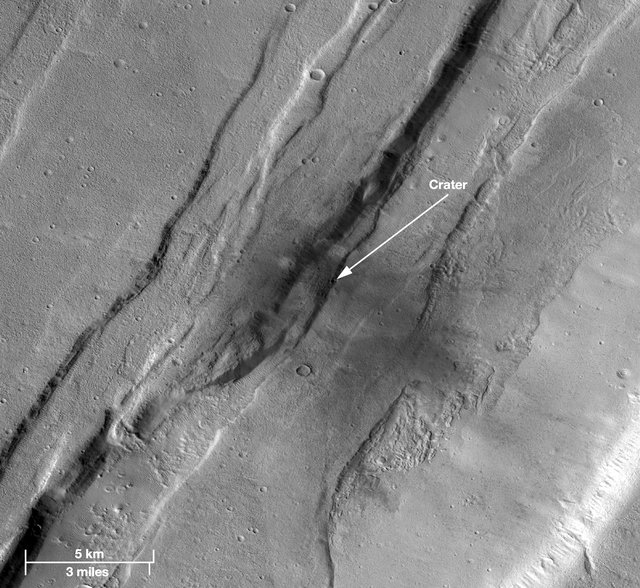 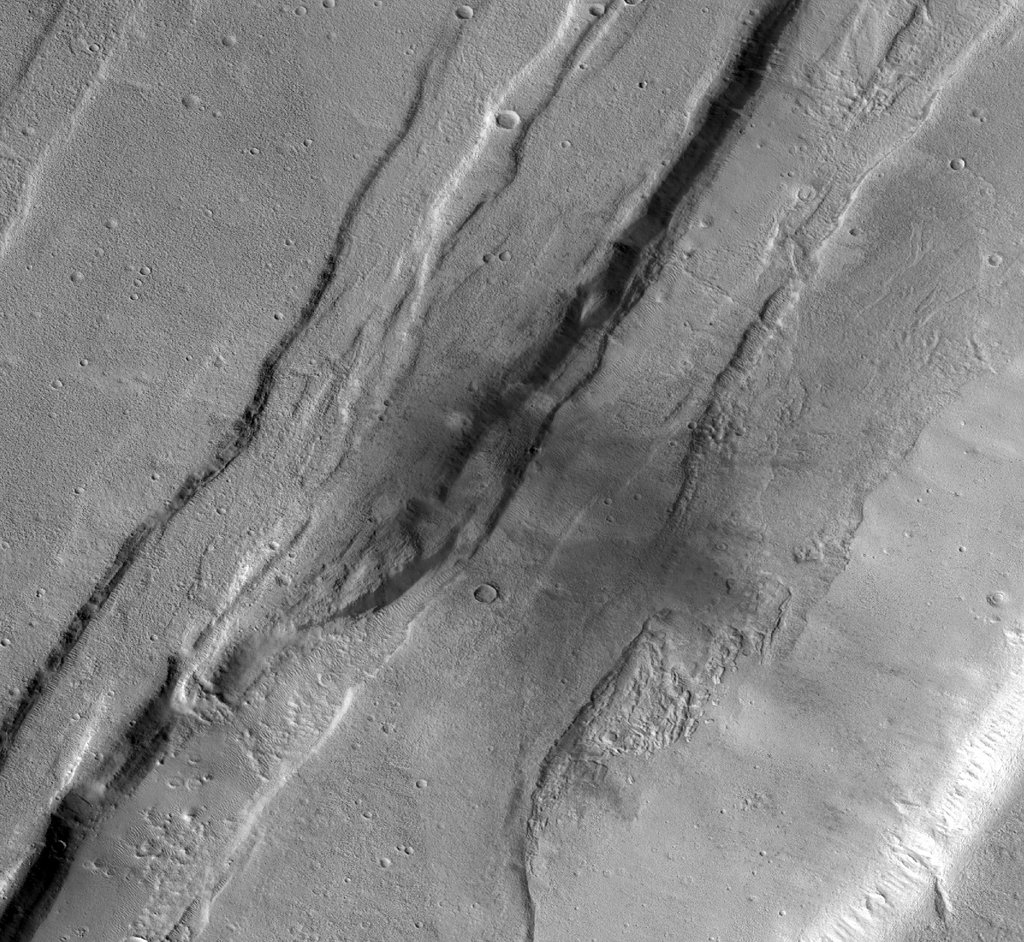 The meteoroid struck the side of a graben – a depression created by faults. The impact crater left behind is roughly 427 feet (130 meters) across.

Figure A is an annotated version of the image pointing out the crater location and including a scale bar.

NNASA's Jet Propulsion Laboratory, a division of Caltech in Pasadena, California, manages the Mars Reconnaissance Orbiter Project for NASA's Science Mission Directorate in Washington. The Context Camera was built and is operated by Malin Space Science Systems in San Diego.