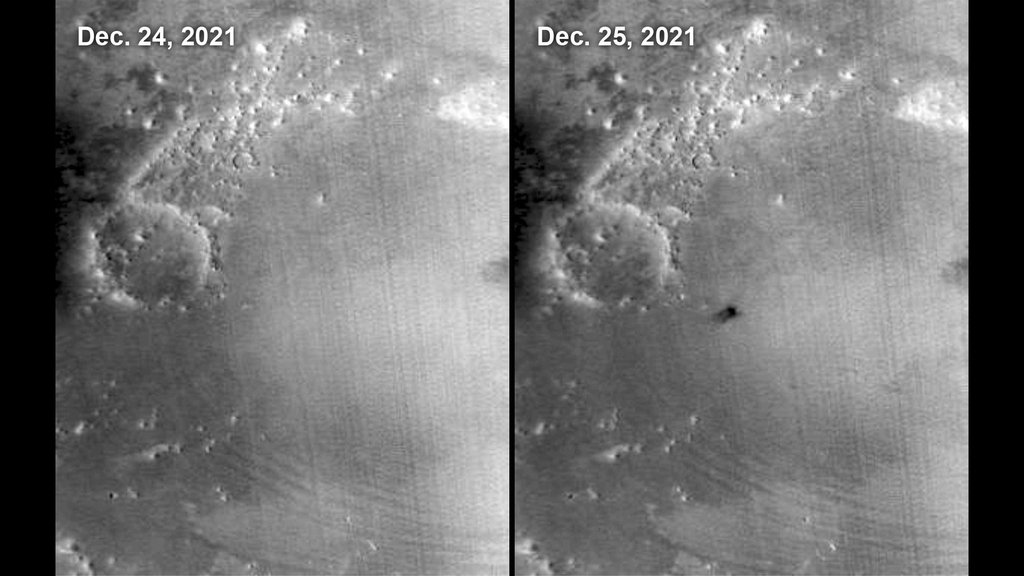 The Mars Color Imager (MARCI) camera aboard NASA's Mars Reconnaissance Orbiter (MRO) captured this before-and-after comparison of a region of Mars called Amazonis Planitia, which was struck by a meteoroid on Dec. 24, 2021.

The impact was so large that MARCI can view it from space.

As MRO passes over the planet, MARCI takes linear images – essentially strips – of the planet's circumference each day. The images are then stitched together to create a daily global map of the planet, data that's typically used to monitor atmospheric changes and Martian weather.