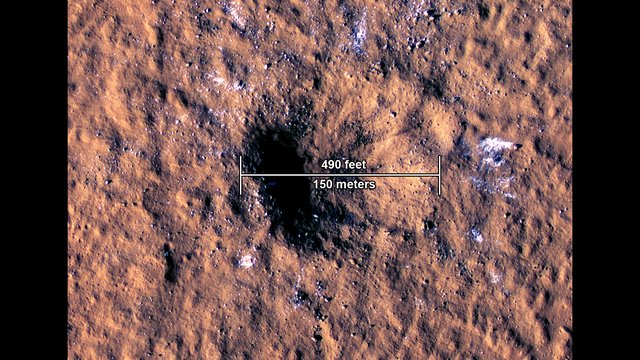 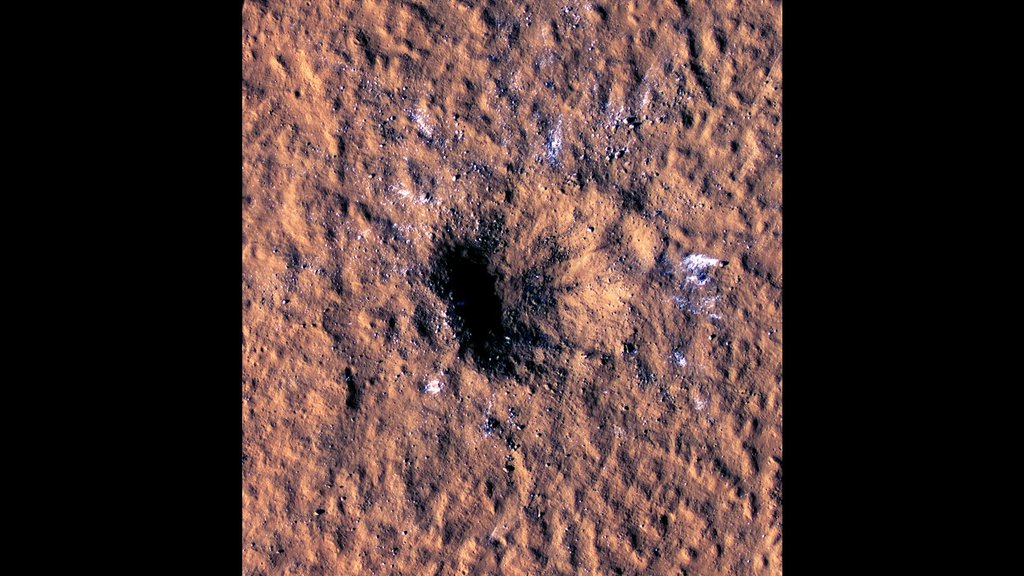 Boulder-size blocks of water ice can be seen around the rim of this giant meteoroid impact crater on Mars, as viewed by the High-Resolution Imaging Science Experiment (HiRISE camera) aboard NASA's Mars Reconnaissance Orbiter. The crater was formed on Dec. 24, 2021, when a meteoroid struck the ground in a region of Mars called Amazonis Planitia.

Figure A is an annotated version of the image indicating the crater is about 490 feet (150 meters) across.