The Tale of a Retreating Scarp 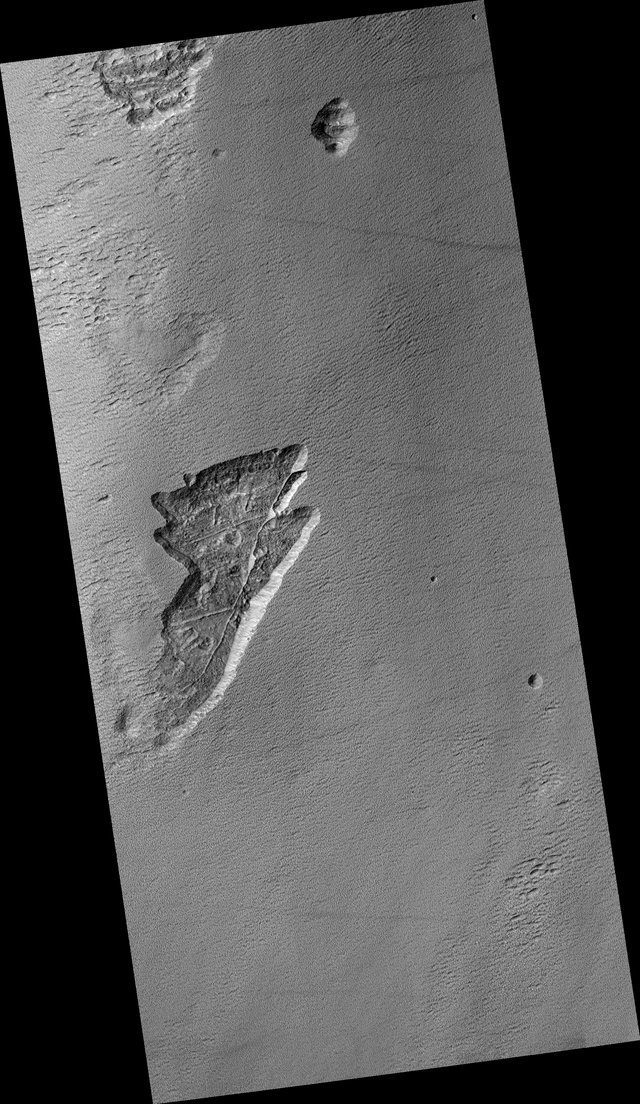 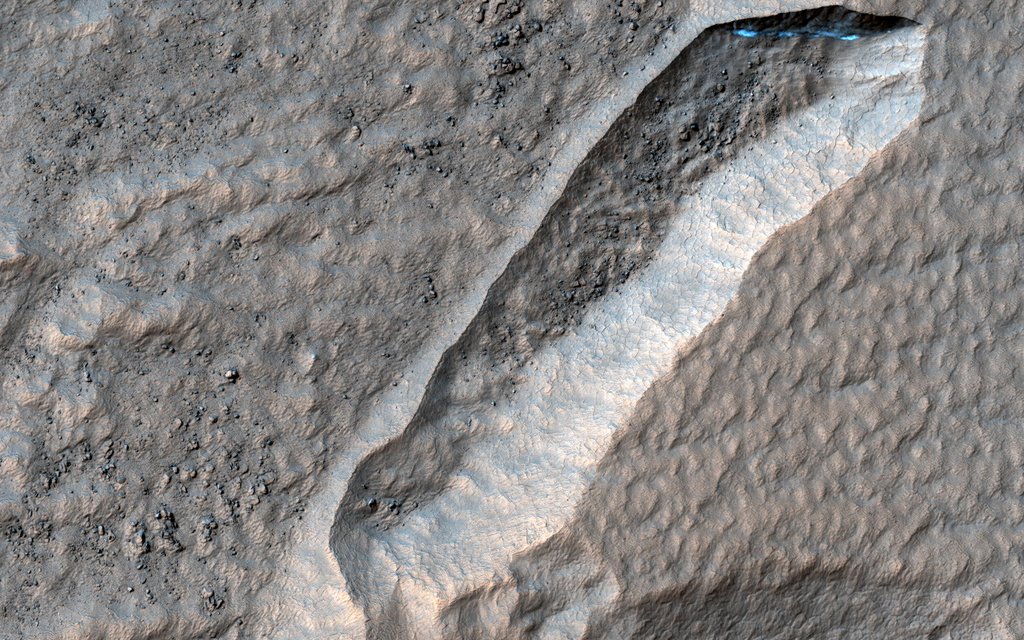 This scene on the north rim of Secchi Crater shows a curious depression with zig-zag walls. Some of the linear ridges on the floor of this feature are aligned with them.

In some places on Mars, the dust and dirt is mixed with ice that covers a rocky surface. When the Sun shines, the ice can sublimate (turn directly into a vapor) and the dust and dirt collapse. This can form pits and depressions with a linear wall that is frequently parallel to the equator, and that wall "retreats" towards the equator.

This retreat most likely started at the southern end and grew to a stable width. At some point it became wider, stopped, and then grew wider again. Linear ridges on the floor that parallel the top edge are deposits that show where the wall stopped during its long retreat northwards.

There is also one long ridge that parallels the eastern wall. Researchers think that the area east of the ridge formed after the main depression. It again started at the south and mostly had a fixed width as its north wall retreated in that direction. The ridge is a remainder of the original east wall.