In the Wake of Ancient Lava Flows 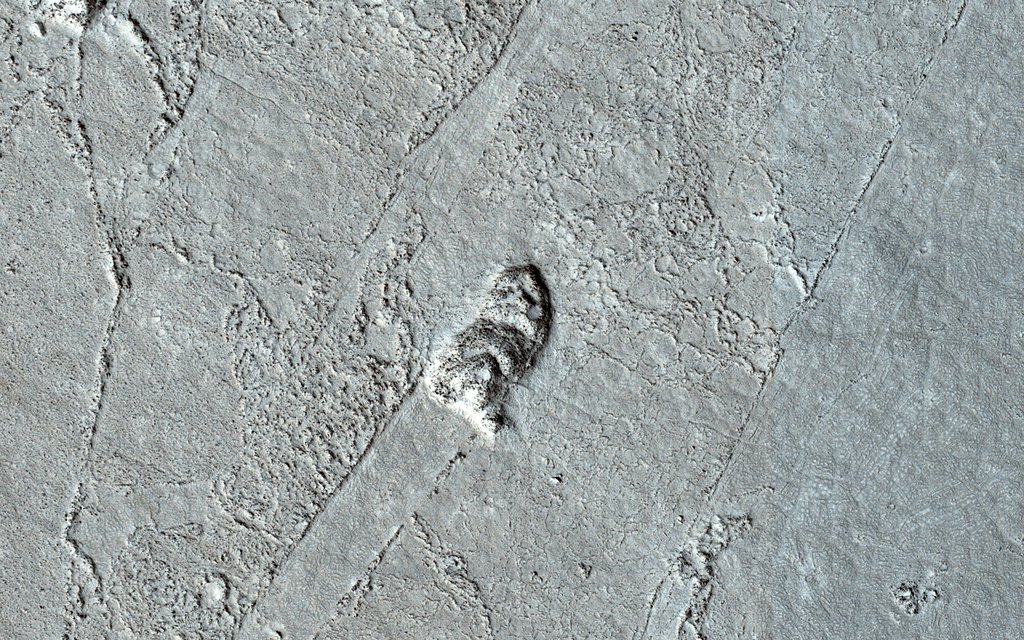 Long ago, a large lava flow passed through the Athabasca Valles region of Mars. We can tell which direction it was flowing by examining the surface of the flow and the remaining "lava wakes."

Although you can't sail a boat on a sea of lava, hills and craters that stick up higher than the lava flow act like barriers. When a boat is driven through the water, there is a bow wave at the front of the boat, and a wake that trails off behind that indicates which way the boat is moving. In a lava flow, when a hill sticks up, the lava piles up on the upstream side (just like a bow wave) and can leave a wake on the downstream side, so we can tell which way the lava was moving against the stationary hill.

This image has a large crater and some nearby smaller hills. The large crater has a pile up of lava on one side, but is so big that it doesn't really have a clear wake. However, there are smaller hills with lava pileup that have beautiful linear features trailing off in the same direction. These lava wakes show us which direction the lava was moving against these hills.