Slipping and Sliding in Echus Chaos 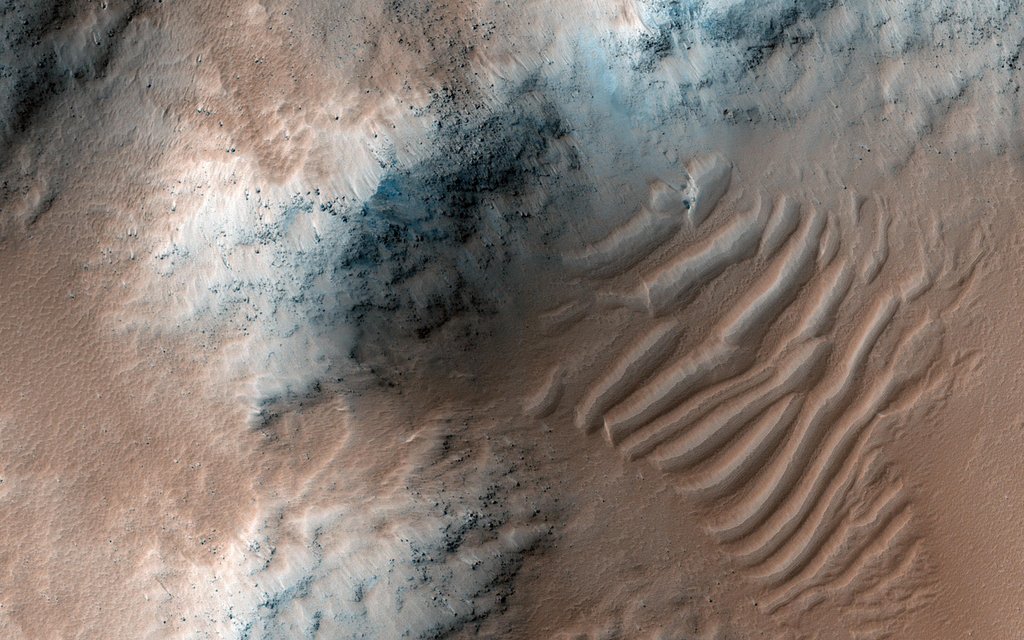 As these rocks slid downhill, they broke up into large pieces that formed the hills that we see today. What caused this landslide is not well known, but it could have been due to large floods of water moving through Echus Palus, causing the edge of Lunae Planum to become soaked and fall apart. Ground shaking from movement along nearby faults or meteorite impacts may have also helped to make the edge of Lunae Planum unstable and collapse.