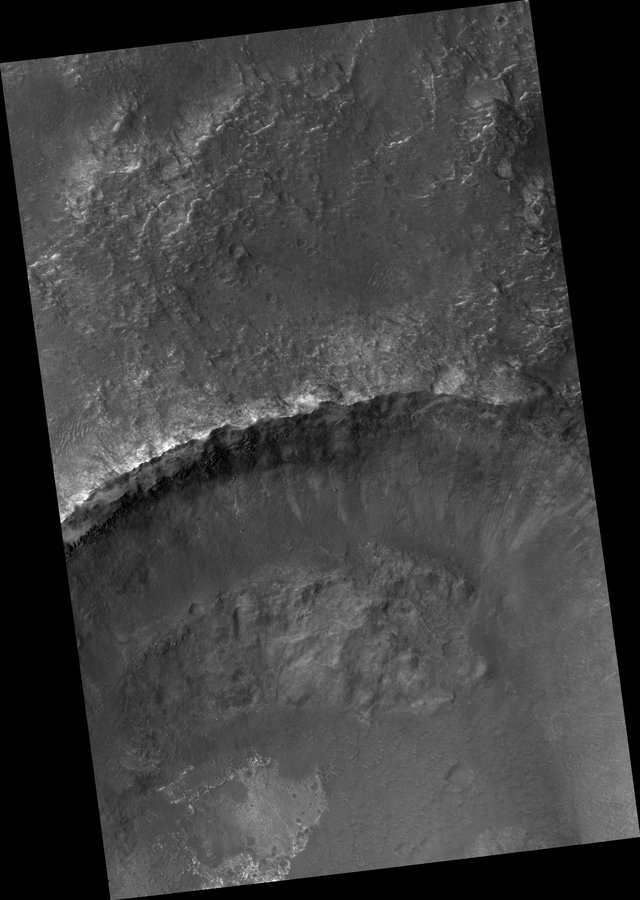 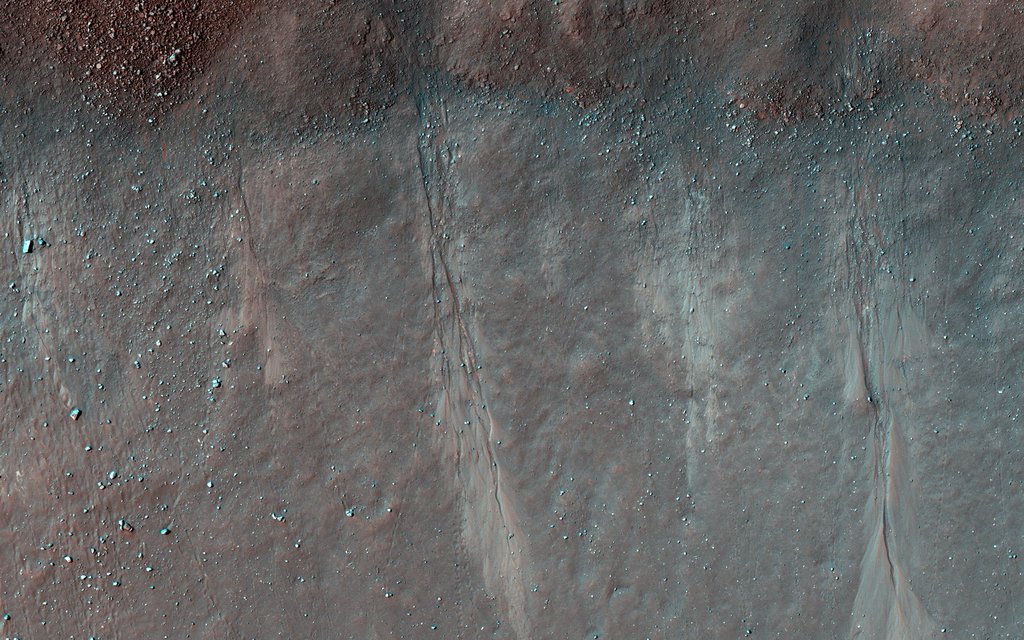 The formation of gullies on Martian slopes is still under debate. Potential mechanisms include the melting of surface water ice, groundwater outbursts, or dry mass wasting processes (landslides).

This image shows several shallow gully channels with associated debris aprons emanating from a buried layer on the interior of a crater wall. Also visible are many boulders of varying sizes along the wall, with several exhibiting clear tracks from their journey downslope. These tracks can be used to better understand the mass wasting environment on the hill slope and whether there is any connection between the boulders and the gullies.