The Ever-Changing Swiss Cheese of Mars 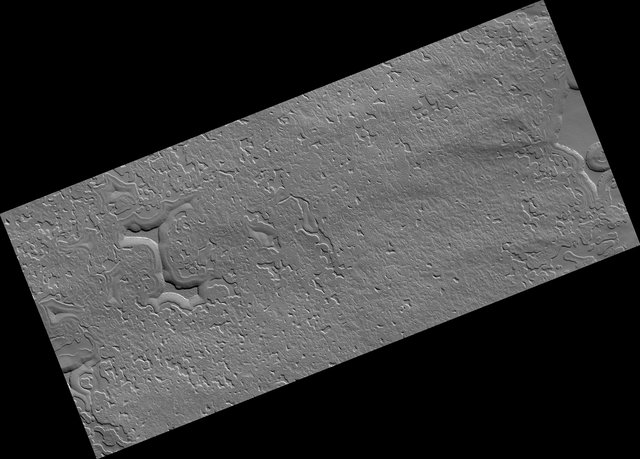 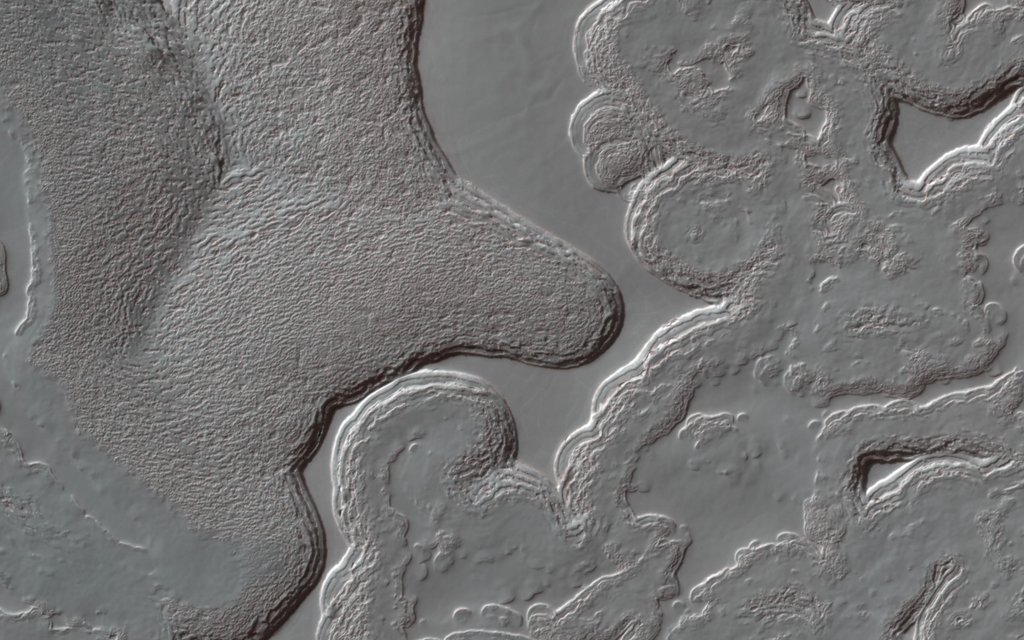 Mars has a small South Polar cap of carbon dioxide ice. Although this cap persists year round, it is always changing: it has pits and mesas that in some places resemble a slice of Swiss cheese. The pits are expanding because the carbon dioxide is sublimating, but in other places new carbon dioxide deposits are building up on flat ground.

HiRISE monitors many areas of the cap to study these changes. Usually when we study changes, we can align the images with features that havenÃ¢â¬â ¢t changed, but here that is difficult: nearly everything is different! By lining up the pattern of shallow pits on top of a mesa, which are not changing much, we can see the variations in the eight Mars years between observations (PSP_004992_0945 and this one). Some of the walls have retreated by more than 15 meters (about 50 feet).