Frosted Dunes in the Depths of Winter 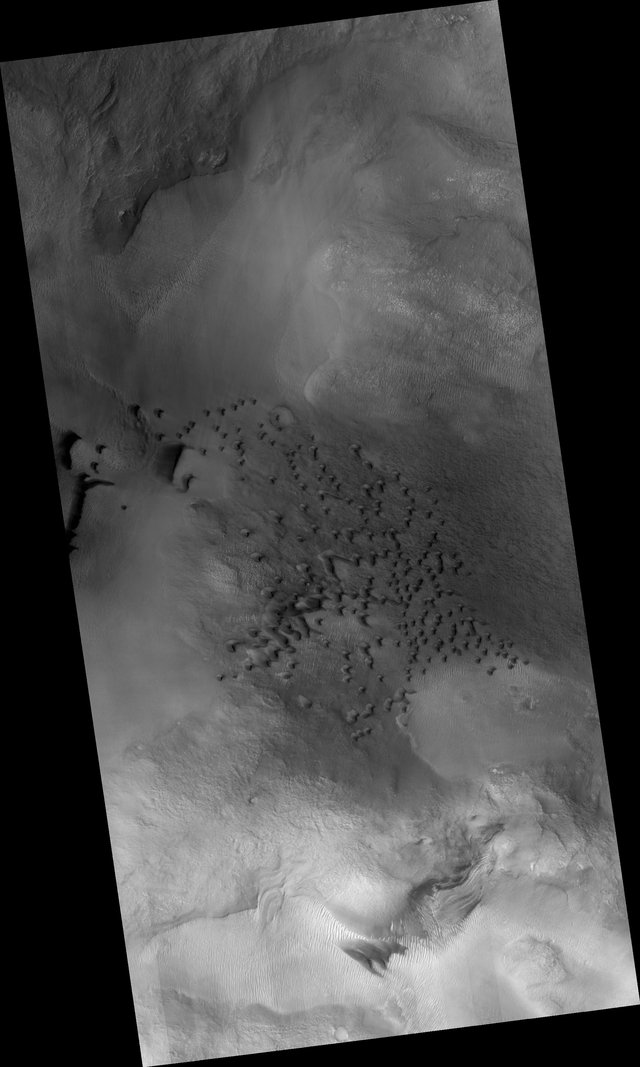 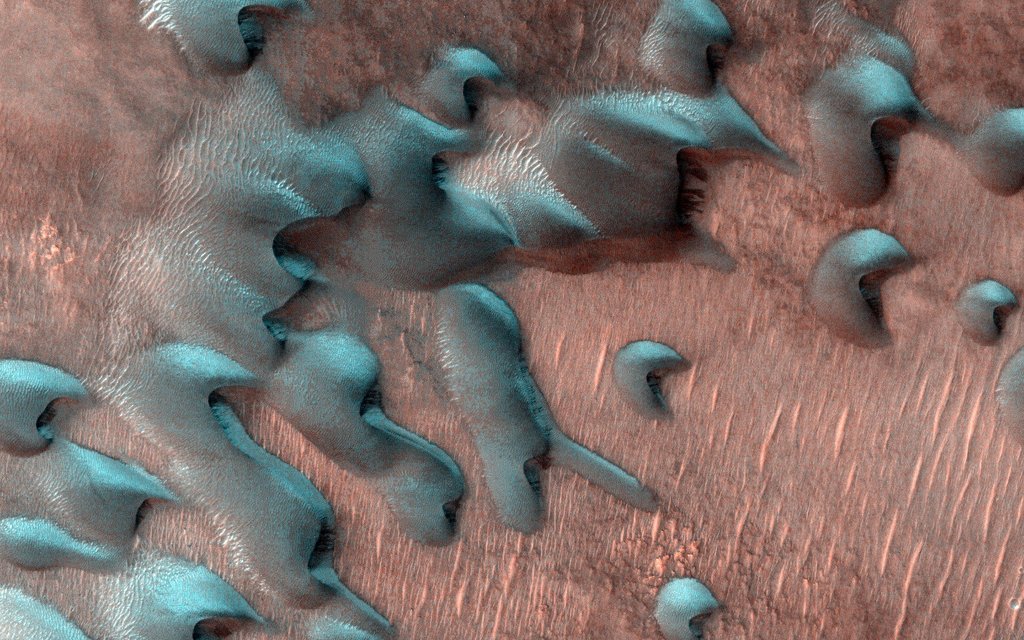 Usually, HiRISE takes pictures of well-illuminated terrain where there is plenty of light to produce clear images. Sometimes though, we would like to know what's going on in the dim wintertime areas.

This picture was taken far north of the equator just two days after the winter solstice when the Sun was just a few degrees above the horizon. Sand dunes are moving across this landscape from top left to bottom right. Winter frost covers the colder, north-facing half of each dune (but not the warmer south-facing half). The frost here is a mixture of carbon dioxide ice and water ice and will disappear in a few months when spring arrives.