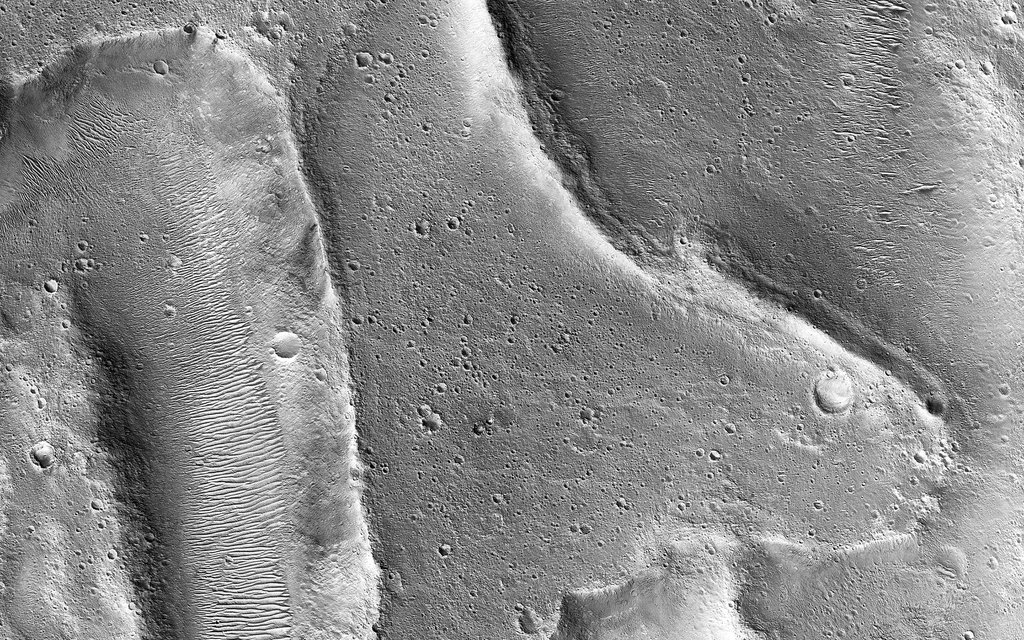 Ares Vallis is a large valley that was carved billions of years ago by water flowing across the surface of Mars. This image shows an area where the flowing water may have stripped away some of the rocks and soils at the bottom of the valley, leaving behind the ridge-like formations.

In other areas of our observation, such as the smooth terrain in the middle portion of this image, the flowing water appears to have carried in and left behind rocks and soils from somewhere upstream. Scientists study landforms, rocks and soils such as these to understand how, where and when floods occurred in Mars' past.