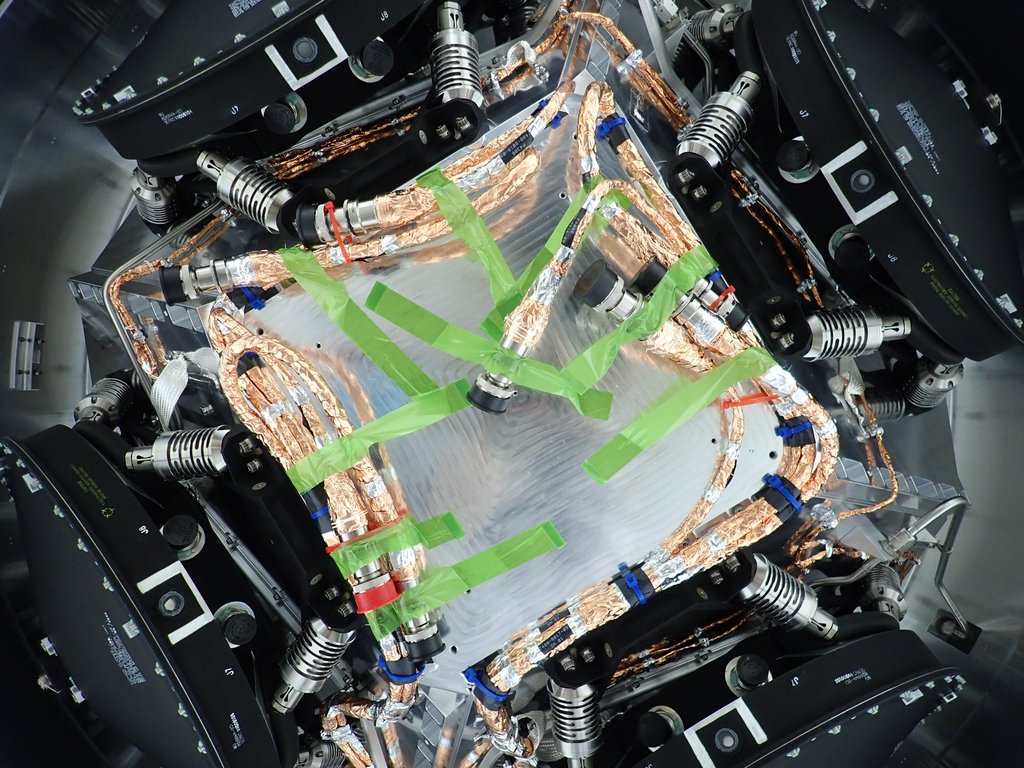 All four of the reaction wheels installed onto NASA's Europa Clipper are visible in this photo, which was shot from underneath the main body of the spacecraft while it is being assembled at the agency's Jet Propulsion Laboratory in Southern California.

The spacecraft is set to launch in October 2024 and will head toward Jupiter's moon Europa, where it will collect science observations while flying by the icy moon dozens of times. During its journey through deep space and its flybys of Europa, the spacecraft's reaction wheels rotate the orbiter so its antennas can communicate with Earth and so its science instruments, including cameras, can stay oriented toward Europa. Two feet wide and made of steel, aluminum, and titanium, the wheels spin rapidly to create a force that causes the orbiter to rotate in the opposite direction. The wheels will run on electricity provided by the spacecraft's vast solar arrays. The green tape that is visible here keeps cables temporarily secured during the wheel installation.

Scientists believe Europa harbors a vast internal ocean that may have conditions suitable for supporting life. Europa Clipper's suite of science instruments gathers data on the moon's atmosphere, surface, and interior – information that will help scientists learn more about the ocean, the ice crust, and potential plumes that may be venting subsurface water into space.