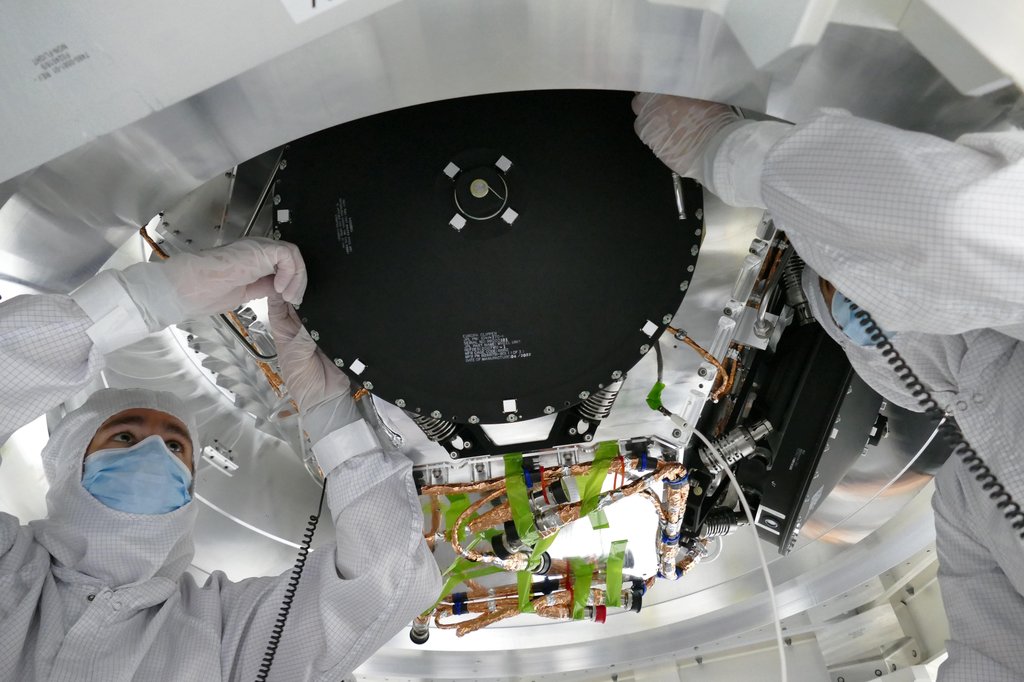 Engineers install 2-foot-wide reaction wheels onto the main body of NASA's Europa Clipper spacecraft at the agency's Jet Propulsion Laboratory in Southern California. In all, four wheels were integrated onto the spacecraft, which is being assembled for its launch to Jupiter's moon Europa in October 2024.

When the spacecraft heads through deep space, slips into orbit around Jupiter, and collects science observations while flying dozens of times by Europa, the wheels rotate the orbiter so that its antennas can communicate with Earth and so its science instruments, including cameras, can stay oriented toward Europa. Two feet wide and made of steel, aluminum, and titanium, the wheels spin rapidly to create a force that causes the orbiter to rotate in the opposite direction. The wheels will run on electricity provided by the spacecraft's vast solar arrays. The green tape that is visible here keeps cables temporarily secured during the wheel installation.