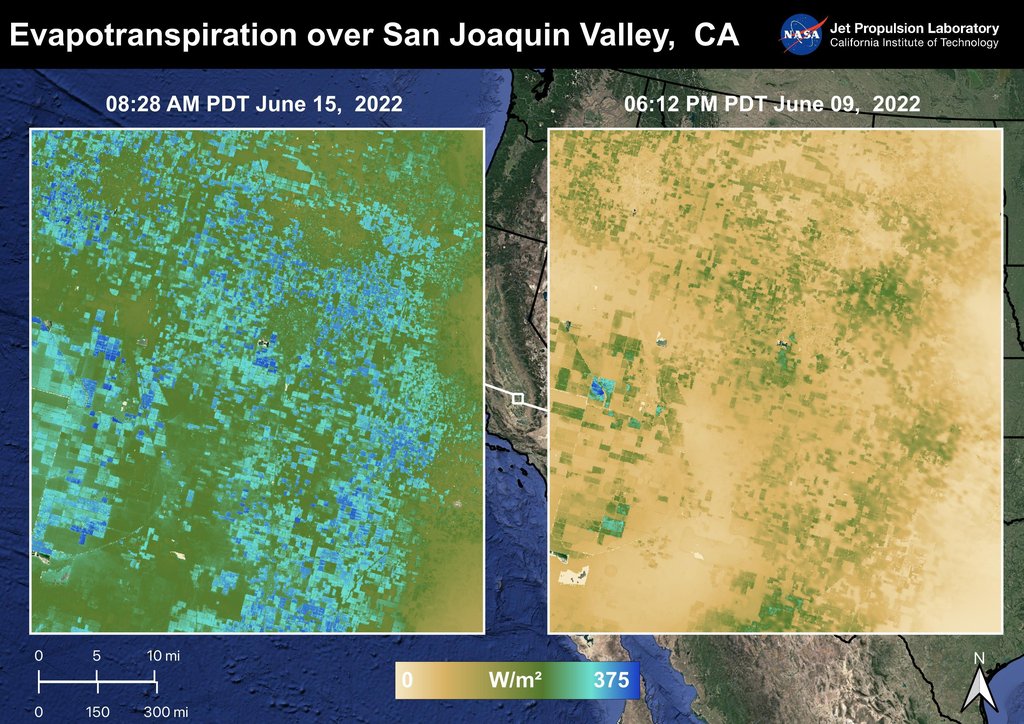 The Central Valley, CA is one of the most productive agricultural regions in the United States and the world. As California is in a continuing drought, it is important to monitor agricultural plant life to ensure maximized productivity. ECOSTRESS has the ability to monitor Evapotranspiration over agricultural fields. This Evapotranspiration image on the right was captured on June 09, 2022 at 06:12 PM PDT. The image on the left was captured by ECOSTRESS on June 15, 2022 at 08:27 AM PDT. Blue indicates high water use while brown indicates dry conditions.