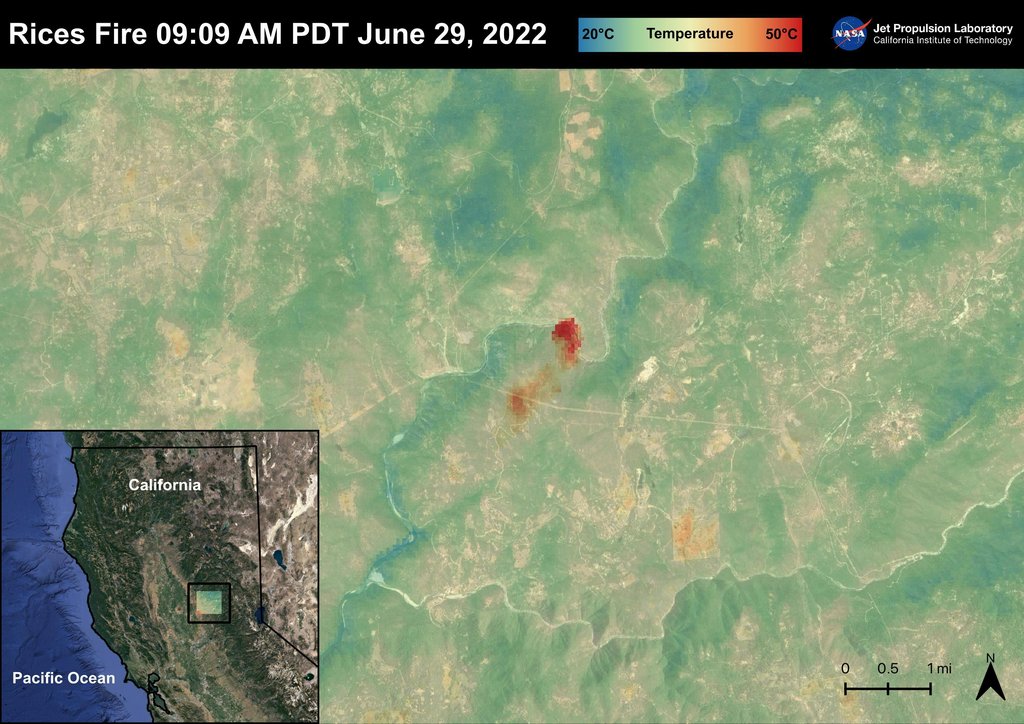 The Rices Fire started on June 28th, 2022 in Northern California near the Yuba River in Nevada County. The fire has burned over 900 acres and has destroyed one structure. French Corral, Birchville, and other communities were evacuated, but orders have since been lifted. There have been some firefighter injuries reported, but not casualties. The fire was captured in an ECOSTRESS Land Surface image on June 29 at 09:09 AM PDT and shows the temperatures surpassing 130 degrees Fahrenheit.